The Managing Director of the Asset Management Corporation of Nigeria (AMCON), Ahmed Lawal Kuru, has said that the organisation has made recoveries of over N1 trillion to date.

According to him, the Corporation has equally resolved more than 5,000 relationship issues as well as salvaged several businesses currently operating across the country within the same period. 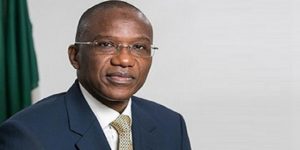 Recall that AMCON was established in 2010 to, among other things, stabilise the financial system by taking over non-performing loan (NPL) assets of banks.

When he addressed the Business Recovery and Insolvency Practitioners Association of Nigeria (BRIPAN) led by its President, Richard Akintude, Kuru said AMCON has done well to stabilise the financial system.

He explained that AMCON is still battling with cases arising from the global financial crisis but is not entertaining new ones.

He noted: “Let us not forget that some of the NPL cases had been there for over 10 years before they were transferred to AMCON. We have been able to intervene and salvage so many transactions and recover several of such transactions.

“We are more focused on how we close some of these transactions so that everybody will be satisfied.

Akintude informed the media that the association was seeking collaboration with AMCON on better ways to develop insolvency practices and business recovery in the country.