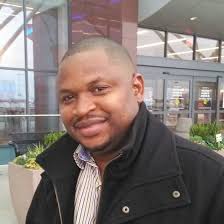 Dr. John Campbell, America’s former ambassador to Nigeria from May 2004 to July 2007, wrote a June 24 opinion article titled “Nigerian Media’s Unsubstantiated Claims that U.S. Agencies Investigating Corruption by Buhari’s Inner Circle” for the  Council on Foreign Relations (where he works as a Senior Fellow for Africa policy studies) that was basically a puzzlingly evidence-free whitewashing of Buhari and his corrupt cabal.

Campbell impeached the credibility of a Pointblanknews.com report that said the US State Department is probing Sabiu ‘Tunde’ Yusuf, Sarki Abba, Mamman Daura, Ismaila Isa Funtua (and his son Abubakar Funtua) for money laundering in the United Arab Emirates and the United Kingdom by claiming that it is “rare for the Department of State or the Department of Justice to say that there is an investigation underway, and neither has done so publicly.”

Campbell is a veteran of the US Department of State, so I defer to his judgement on the credibility of the Pointblanknews.com report. But he went beyond questioning the authenticity of the money laundering report to doing outright image laundering for the cabal.

He said, “Sabiu ‘Tunde’ Yusuf is known to be very rich, and Nigerian money laundering in the Gulf and the United Kingdom is an old song. President Muhammadu Buhari appears to have little personal interest in money, lives simply, and is rarely accused of personal corruption. But that his inner circle is corrupt is a widely held trope in southern Nigeria.”

That’s a curiously tendentious assertion. First, Sabiu “Tunde” Yusuf was, until 2015, a poor recharge card seller. How did he become “known to be very rich” just five years after being a personal assistant to Buhari, his mother’s uncle? Campbell left that part out and made it seem like Yusuf, who is only in his 30’s, had always been rich.

Yusuf unquestionably became rich from serving in Buhari’s government. Since his legitimate monthly earning is lower than 350,000 naira (which is less than $1,000), it is impossible for him to be “known to be very rich” through means other than corruption.

Second, it is inaccurate that Buhari has “little personal interest in money, lives simply, and is rarely accused of personal corruption.” Campbell is merely regurgitating the pre-2015 propaganda Buhari’s campaign caused to be circulated in Nigeria and abroad, but which is now the source of derision in Nigeria in light of what people now know of Buhari.

It’s wholly untrue that Buhari lives simply. The first major project Buhari executed upon becoming president in 2015 was to build a multi-million-naira vanity helipad for his exclusive use in his hometown of Daura, which would be useless after his presidency. Not even Goodluck Jonathan who got a lot of hell from civil society groups for corruption built a helipad for himself in his hometown of Otueke.

Additionally, Buhari’s penchant for going to London to treat even his littlest illnesses (including an ear infection that had already been treated in Nigeria), his high-priced sartorial excesses, and his fondness for extortionately elaborate red-carpet ceremonies each time he leaves the country and returns to it  do not square with the profile of a person who “lives simply.”

And contrary to Campbell’s claim, Buhari has been accused of personal corruption since the 1970s. He was the subject of a popular song by the iconic Fela Anikulapo Kuti because he couldn’t account for 2.8 billion naira of NNPC funds when he was petroleum minister in the 1970s. He was also accused of stealing billions of naira when he headed the Petroleum Trust Fund in the 1990s.

Of course, being accused of something isn’t synonymous with being guilty of it. Nevertheless, although all of Nigeria’s past presidents and heads of state have been accused of corruption, none has been convicted of it. Not even the late General Sani Abacha whom Buhari said never stole any money from Nigeria (but whose recovered “loot” is being perennially repatriated by foreign banks and governments to Nigerian governments, including to Buhari’s regime) has been convicted of corruption.

Buhari also has a history of personally lying in his official capacity to defend the corruption of members of his inner circle. In January 2017, for instance, Buhari signed a letter in his name to the Senate committee that investigated former Secretary to the Government of the Federation Babachir David Lawal for fleecing defenseless people who were internally displaced by Boko Haram terrorists and exonerated him.

In the letter, Buhari told three demonstrably obvious and easily falsifiable lies to defend his appointee. In the midst of undeniable evidence against Lawal, Buhari was later forced to eat humble pie and fire Lawal. But, although he was fired, he hasn’t been convicted to this day. He was, in fact, chairman of Buhari’s reelection campaign in Adamawa State.

Buhari also recalled, reinstated, and promoted a man by the name of Abdulrasheed Maina who had been accused of embezzling billions of naira belonging to pensioners for which he fled the country.  After news of this scandal caused national outrage, Buhari reversed it and pretended to be shocked by what had happened.

But a leaked memo to the late Abba Kyari, Chief of Staff to Buhari, by then Head of Service, Winifred Oyo-Ita, showed that Buhari was in on the fraud.

“I sought audience with His Excellency, Mr. President on Wednesday, 11th October, 2017 after the FEC meeting where I briefed His Excellency verbally on the wide-ranging implications of the reinstatement of Mr. A. A. Maina, especially the damaging impact on the anti-corruption stance of this administration,” the HoS’s memo said.

Finally, Campbell’s claim that notions of the eyewatering corruption in Buhari’s inner circle are shared only by people in “southern Nigeria” is both astonishingly mendacious and gratuitously divisive.

I am not a southern Nigerian, but I have called attention to the corruption in Buhari’s inner circle in countless columns and social media posts. Buba Galadima, another northerner and former Buhari protégé, has made series of credible allegations of corruption against Buhari and his inner circle.

Junaid Mohammed, a well-regarded Second Republic federal legislator from Kano, has made numerous convincing accusations of corruption against the Buhari regime and its honchos.

Even former Emir of Kano Muhammad Sanusi II said in an August 24, 2016 lecture that the Buhari regime created a situation where influential people could sit in their “garden and make billions through forex market without sweat”—precisely the sort of charge being made against the Aso Rock cabal that Campbell has chosen to defend without counter facts.

A vast multitude of northerners on and off social media chatter endlessly about the stratospheric corruption currently taking place in the Buhari regime.  So to suggest that accusations of corruption against members of Buhari’s kitchen cabinet are animated only by unthinking southern regional animus against northerners is outrageous prevarication that is beneath contempt.

More than southerners, northerners see previously dirt-poor people from their region building glitzy mansions and living large after getting appointments in— or being closely aligned to people in— Buhari’s inner circle. They know legitimate earnings from government jobs are not sufficient to fund and sustain the sybaritic lavishness of Buhari’s appointees.

Campbell obviously knows very little about northern Nigeria. For instance, in a March 27, 2020 article for the CFR, he wrote that Abba Kyari was an “Islamic scholar” because the title “Mallam” is often prefixed to his name!

Campbell doesn’t know enough about northern Nigeria to know that “Mallam” has evolved to a mere courtesy title for a man, any man, and functions as an alternative for “Mr.” Perhaps, it is too much to expect a person who thinks people who prefix “Mallam” to their names are Islamic clerics to know that northern Nigerians also rail against the endemic corruption in Buhari’s inner circle.

It is troubling that Campbell used the possible inauthenticity of the claim that members of Buhari’s inner circle are being probed by the State Department to weaken or dismiss the credible allegations of corruption against Buhari and his cabal.