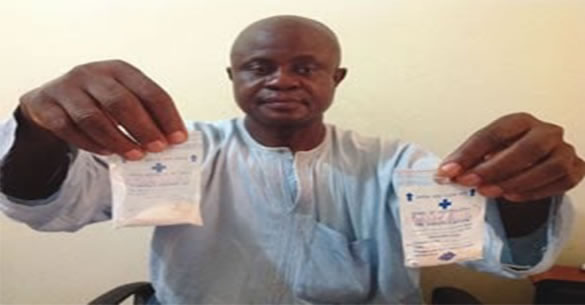 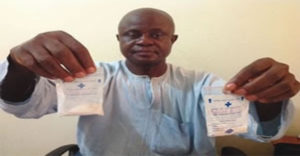 The National Agency for the Control of AIDS, NACA, has dismissed the claim of discovering HIV/AIDS cure by a professor of Veterinary Medicine and Clinical Virology at the Michael Okpara University of Agriculture, Abia State, Professor Maduike Ezeibe.

The vice-chancellor of the university, Prof. Francis Otunta, had told reporters that Ezeibe discovered a new drug for the treatment and cure of HIV/AIDS with “Aluminium Magnesium Silicate”, adding that it was tested on 10 persons living with HIV.

But in a statement entitled “Re: Nigerian scientist conquers HIV/AIDS”, the Director-General of NACA, Dr Sani Aliyu, said that there was no basis for a claim to the cure of AIDS as contained in the study done by Ezeibe. “The claim for a HIV/AIDS cure is not new. It is also not new to find a scientist using ambiguous scientific methods and practices to buttress this claim, and to find obscure journals increasingly prepared to publish these claims,” he said.

Aliyu said the study quoted by Ezeibe did not follow standard ethical protocols for clinical trials. According to him, there was no evidence from the publication that the authors obtained ethical clearance from an appropriate body in Nigeria to conduct this study, and only ambiguous evidence that informed consent was sought from the evidently vulnerable patients.  “We are concerned that the publicity given to these claims will stop patients with HIV from taking life-saving anti-retrovirals and give them false hope of a cure. It will be a great disservice to this vulnerable group of patients for the media to disseminate these claims in the absence of sound scientific evidence. There are long established, tried and tested routes for the discovery, development and validation of modern medicines before they can be registered and used for treatment in humans and animals,” Aliyu said.

He enjoined all academics to follow legal and scientifically acceptable methods in conducting their research and to avoid making premature claims that are capable of derailing the huge progress made in the last two decades on the war against HIV/AIDS. “We call on all patients living with HIV that are currently taking their medications to continue to do so and to see their doctors if they have any concern,” Aliyu said.