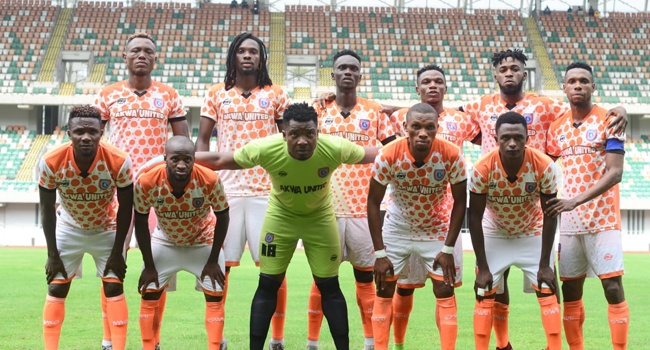 The lone goal was netted in the 87th minute by team captain, Ubong Friday, to the amazement of the enthusiastic fans at the Godswill Akpabio International Stadium, Uyo. 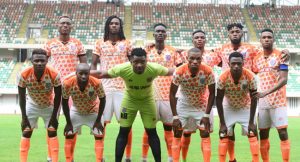 Akwa Utd head coach Kennedy Boboye, during a post-match interview, attributed the win to the players’ commitment on the field, in spite of being new entrants in the CAF competition.

Boboye expressed optimism that the boys would fill in the noticeable gaps to ensure victory as they go for a return leg in Algeria.

“We approached the match with the determination to win, and it paid off though it was not easy because the Algerians were more experienced,” Boboye added.

The CR Belouizad Coach, Bekhti Khoum described the encounter with Akwa Utd as a tough match.

He lamented that even though his players held possession of the ball, they could not get a goal because of the Promise Keepers discipline.

“Anything can happen in football. We came expecting to win but it turned out to be a different side,” Khoum added.

“We did very well but what happened [was that] our players were getting tired in the second half. We are moving forward to ensure a good result back home.”

The Promise Keepers are making their first appearance in the CAF Champions League after clinching their maiden NPFL title last season.