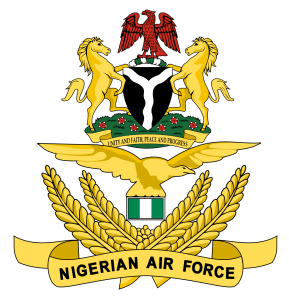 The Nigerian Air Force (NAF) has set up a committee to conduct a safety audit of its operational and engineering units.

The air force, in a statement by its spokesman, Air Commodore Edward Gabkwet, said the committee, comprising serving and retired officers, would, among other terms of reference, analyse safety reports from operational and engineering units, conduct safety evaluation of NAF units and recommend measures to enhance safety of operations.

The statement reads: “The Chief of the Air Staff (CAS), Air Marshal Oladayo Amao, has constituted a committee of serving and retired senior officers to conduct a safety audit of all Nigerian Air Force (NAF) operational and engineering units.

“The committee is also to interact with unit operational and technical personnel for views, observations and contributions on safety measures. Chaired by Air Vice Marshal Abraham Adole, the Deputy Theatre Commander, Operation Hadin Kai, the committee is to submit its report not later than 18 June 2021.”

The committee is coming a few days after the crash of one of its aircraft in Kaduna that killed the Chief of Army Staff, Lt. General Ibrahim Attahiru, and 10 military officers and personnel.

The Kaduna aircraft crash, the third of such incident in the last three months involving NAF fleet, has raised concerns about the airworthiness of the aircraft the NAF has.

Three NAF aircraft were involved in fatal crashes in Abuja, Borno and in Kaduna in the last three months, claiming the lives of a total of 21 personnel of the air force and the army.

However, the air force, last week, inducted three newly procured JF-17 thunder aircraft into its inventory as part of activities to mark its 57th anniversary celebration and is expecting 12 Super Tucano fighter jets from the United States, which delivery is due by 2022.

There have also been trending calls on the social media for the air force to ground the remaining two.

But the air force has insisted that the planes are in good conditions.