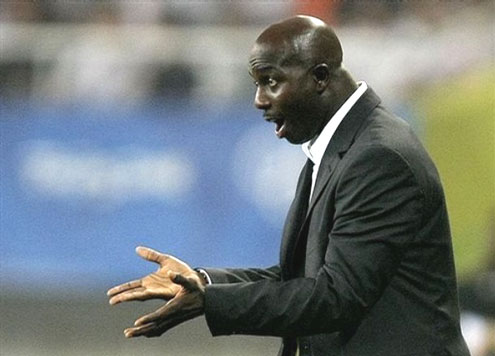 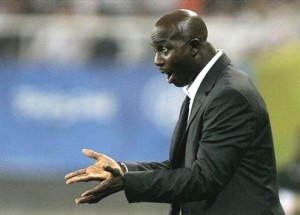 Nigeria’s U-23 Eagles, the Dream Team VI survived a second-half onslaught to beat Mali 3-2 in the first group B match of the ongoing African U-23 Championship/2016 Olympic Games football qualifying tournament in Senegal.

A brace by Junior Ajayi Oluwafemi and Muhammed Usman’s strike gave Nigeria a 3-0 half-time lead after surviving an early scare from the Junior Eagles of Mali.

The game played at Stade Caroline Faye in coastal city M’Bour, would later turn in the second half with the Malians scoring twice within 11 minutes to trail by only one goal with a quarter of the game left and eventually missed several chances to equalise against the capitulated Nigerians.

Despite the second half onslaught, Coach Samson Siasia effected some tactical changes to preserve Eagles’ lead and snatch the vital three points that push Nigeria to the top of group B while Algeria and Egypt have one each after drawing 1-1 earlier.

The feat came a day after Siasia’s mother was rescued from kidnapper’s den, after 12 days in captivity. Siasia, who was in the Gambia preparing the Olympic hopefuls when the abduction occurred, said he had spoken to his “happy” 72-year-old mother before the Mali match.

Mali hit the woodwork just 35 seconds into the match before collapsing and Junior Ajayi Oluwafemi scored twice and Muhammed Usman once for the Nigerians by half-time.

Adama Niane converted a penalty to offer the Malians a glimmer of hope and Soulyemane Sissoko claimed a second goal on 65 minutes from close range.

Egypt, holders of the African record for Olympic football appearances with 11, went ahead through an early second-half header from star midfielder Mahmoud ‘Kahraba’ Abdel Moneim.

But Algeria winger Zineddine Ferhat was allowed to dribble unopposed toward goal midway through the half before scoring with a low shot goalkeeper Mossad Awad should have saved.

Play resumes on Tuesday with a Group A double-header in Dakar. South Africa face fellow matchday 1 losers Zambia followed by Senegal against Tunisia.