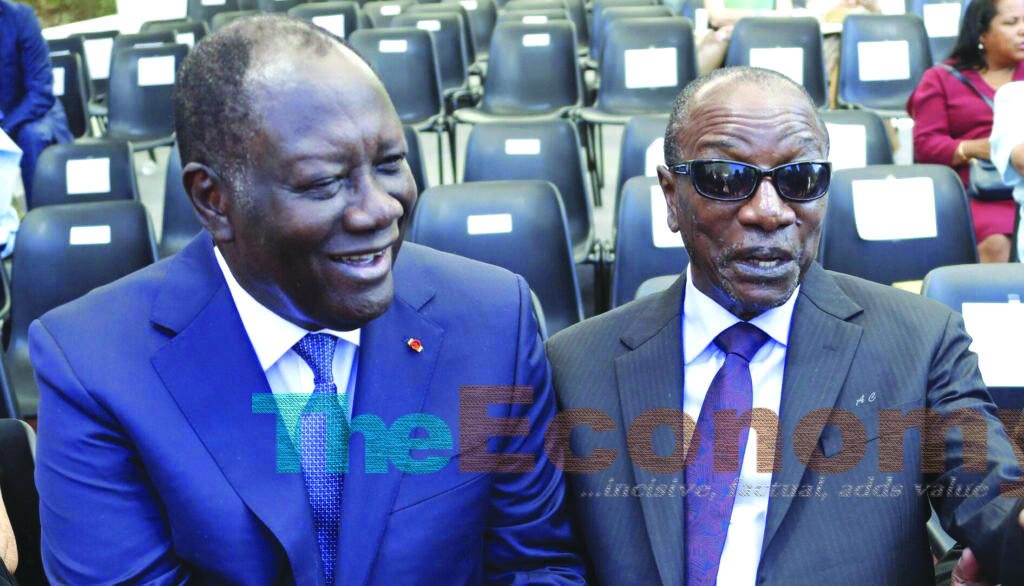 Yet the manoeuvre is clear, and it consists of tinkering with the constitution to remain in power either by a direct plebiscite through a referendum or disguised through a gagged, frightened and rubber-stamp parliament.

The Ivorian President is reneging on his 15 March declaration in which he promised to step down from power and is thus twisting his country’s constitution solely for personal benefit.

Legal interpretations are divided and jurists on all sides of the debate are contradicting each other, throwing the ranks of democrats into unprecedented disarray. Yet the manoeuvre is clear, and it consists of tinkering with the constitution to remain in power either by a direct plebiscite through a referendum or disguised through a gagged, frightened and rubber-stamp parliament.

These repeated constitutional modifications are an abuse of power, and their authors are predators and usurpers. The die is cast the moment the constitution is flouted and the red line drawn by the national conferences of the 1990s is clearly crossed. We should fear for the worst. And the worst has a name. It is called the single party, parliament without opposition, president-for-life. We all know those evils.

So, from now on, let’s express our disapproval loud and clear. Let’s reject any idea of a third term anywhere in Africa! We remember Nelson Mandela, who after all the sacrifices made for his people, promised to serve only one term and he kept his promise despite the strong pressure exerted on him by his party and unscrupulous advisers.

It is clear that the new attempt at usurpation and confiscation of power in Abidjan will be emulated if it succeeds. Guinea’s President Alpha Condé, who no longer feels alone in his desire to succeed himself, hurried to send a warm message of congratulations to his Ivorian colleague.

In Niamey, President Mahamadou Issoufou must be asking himself if it would better to do what his peers are doing. As for Paul Biya and Marshal Idriss Deby, they have stomped all over their own constitutions. While Joseph Kabila played, in a Russian fashion, with the supreme law in Kinshasa, in Dakar, the temptation will now be great for Macky Sall to follow the path of constitutional manipulation created as a monopolistic means of holding on to power.

We say No to the return of unlimited power, whether by tanks or by pen! We must act before it is too late. Ouattara’s and Condé’s unacceptable candidacies are a challenge to us all. It is important for African and international opinion to see the seriousness of the threat and react together so that democracy in Africa does not become a sham but instead a tangible reality based not on the goodwill of individuals but on the rule of law and the sanctity of the constitution.

The Economic Community of West African States, the African Union and the Organisation Internationale de la Francophonie sanctioned Mali after the military coup. But why are they turning a blind eye to the constitutional putsches underway in Abidjan and Conakry? Do these institutions want us to believe that the coup de force of the civilian politicians is more appropriate than that of the senior officers?

This ambiguous attitude is highly damaging to the democratic process that began in the early 1990s.

The international community is in danger of hurting progress that contributes to establishing true and lasting democracy in Africa: a democracy based on free and transparent elections, a democracy where changes in power are carried out smoothly in strict compliance with established rules.

We now need to warn the so-called committees of experts that are supposed to work on constitutional reforms and that are so easily convinced or coaxed. The proof of this is the removal of the age limit in the new Ivorian constitution, which allows Henri Konan Bédié, who is 86 years old, to run for the presidency. What disaster does this lead us to? The denial of democracy and the destruction of any future for the young people whose prospects have been sacrificed in African countries anesthetized by an oligarchy that knows no counterweight, no soul and no opponent.

If we are not careful, soon presidents will no longer be satisfied with modifying constitutions, they will make lawlessness or the lack of change in power the norm of public life.

Let’s make sure it doesn’t come to that!