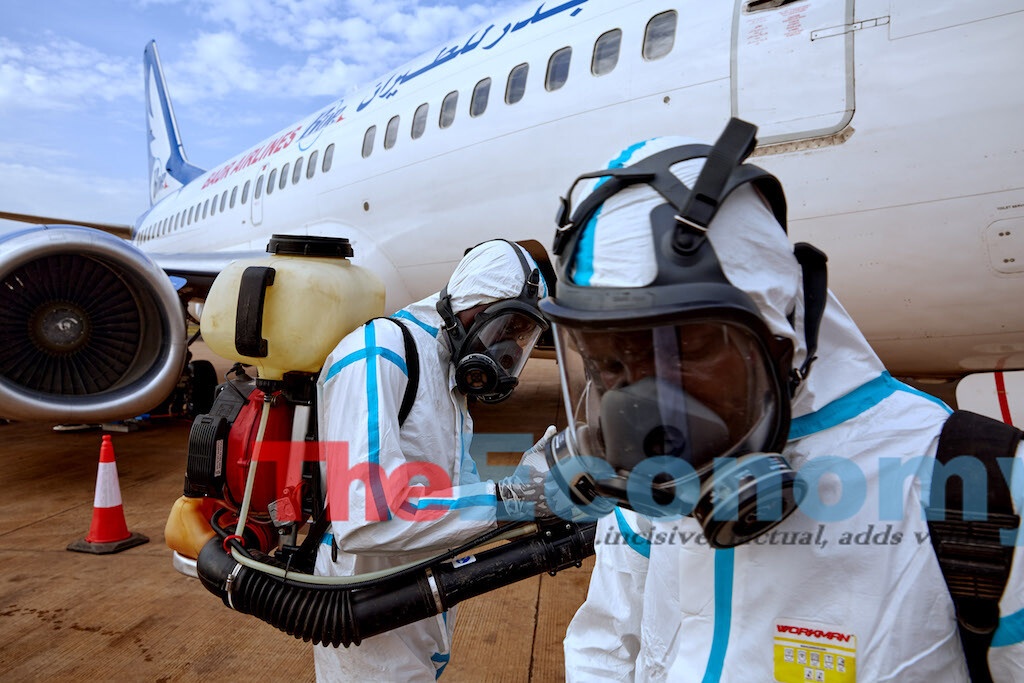 Africa’s fledging aviation sector has been hard hit by the coronavirus pandemic at a time many of them were struggling to keep their heads out of water. Prior to the outbreak of the coronavirus pandemic, Africa as a region though lagging behind other regions of the world in aviation growth was still the fastest growing due mainly to the existing gap between the region and other regions. The growth was primarily driven by the tourism sector as many African countries got serious on economic diversification away from natural resources.

This led to the massive constructions of new airport terminals, and the birthing of more national and private carriers. According to the International Civil Aviation Organisation (ICAO) quoting data from OAG Schedules Analyser airline seat capacity in Africa grew by 4.3% in 2019, this was more or less in line with the 10 year compound average rate of 4.5% pa between 2009 and 2019. International capacity, which accounted for 73.6% of the total in 2019, grew slightly faster, by 4.6%, while domestic capacity growth is 3.3%.

Comparatively, Africa lagged behind the rest of world aviation. It has the fewest annual seats, the smallest fleet of narrowbody and widebody jets, the lowest number of aircraft on order, and weakest passenger load factor of all world regions. It also has the second smallest ratio of intra-regional to intercontinental seats (after the Middle East, where transfer traffic boosts intercontinental capacity). The small scale of Africa’s internal market according to analysts is a function of many factors, not least infrastructure and aeropolitical restrictions. This gives its airlines only a small base on which to build intercontinental operations in competition with other airlines. Non-African airlines have 40% of all seats within Africa and more than 70% of seats on intercontinental routes.

It was against this backdrop that Africa’s leading airline Ethiopian Airlines performance stood out as it was quite profitable, while growing faster than any other airline in Africa’s top 10 and managing a growing portfolio of associated subsidiaries. The response to challenges faced by other, loss-making, national airlines ranges from proposed privatisation (South African Airways) to proposed nationalisation (Kenya Airways). In North Africa, EgyptAir, Royal Air Maroc and Air Algérie have slowed growth or cut capacity in recent years.

Ethiopian Airlines is again Africa’s largest airline by seats, with 52% more capacity than number two EgyptAir, 80% more than third placed Royal Air Maroc, and almost double the size of fourth ranked, once market leader, South African Airways. To appreciate how well Ethiopian Airline has done in the last decade, it was ranked fourth and South African was number one, but the two have since swapped places. South African Airlines which was number one in Africa as recently as 2015, has cut its capacity by 30% over the past five years. In addition to these four, the list of top 10 airlines by 2019 seats in Africa also includes two others based in the continent: fifth placed Air Algérie and eighth ranked Kenya Airways.

Unfortunately, this has been cut short by the lockdown occasioned by the Covid-19 pandemic which has cost Africa’s travel and tourism industry $55 billion due to the closure of borders across the continent in attempts to stave off the spread of the novel coronavirus. This is according to the African Union, who says that on the continent where safaris are a powerful overseas tourism market, the sector has been crushed by hard lockdowns that sealed air, land and sea borders.  “The impact is really severe,” says Amani Abou-Zeid, Commissioner for the African Union. “We are talking here about $55 billion lost within three months in a year when we were supposed to see an increase in travel and air transport. There are airlines that may not survive COVID-19,” Abou-Zeid warned.

She warned that in Africa, tourism is not a luxury but a livelihood for millions across the continent. As countries attempt to re-open the aviation industry, there is need for governments to have a rethink on the need to hasten the implementation of the single African Air Transport Market which has remained a hindrance to the growth of a sector that has capacity to lift millions out of poverty through job creation and ancillary employments.

Prosper Zo’o Minto’o of the International Civil Aviation Organisation (ICAO) says that the impact the virus has had on the African airline industry is ‘alarming.’ Zo’o Minto’o estimates that a $20 billion stimulus package, at the very least, would be required to aid the industry back into the sky as it was before the pandemic struck.

With the majority of European and North American countries putting a series of roadblocks to both incoming and outgoing travelers, there is a need for African governments to create opportunities for the development of a continental domestic tourism industry that focuses on attracting Africans to see Africa, instead of relying mostly on foreigners while Africans travel outside Africa. To actualize this Abou-Zeid called on governments to lower taxes, reduce ticket fares and visa facilitation to encourage tourism between African nations.