African Export-Import Bank (Afreximbank) has released the consolidated financial statements for the year ended 31 December 2021. The Group’s results demonstrated strong and resilient growth, with interest income crossing the US$1 billion mark once again. 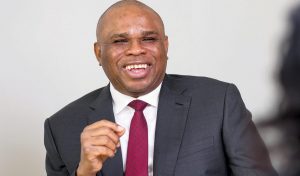 Two non-bank subsidiaries, Fund for Export Development in Africa (“FEDA”) and Afreximbank Insurance Management Company (“AfrexInsure”) commenced operations during the 2021 financial year. This resulted in the reporting of consolidated financial statements for the first time. The consolidated financial statements showed a separate performance of the Bank and an aggregate performance of the Bank and the subsidiaries. The contribution of these subsidiaries to Group results was not significant, as they only operated for a few months, towards the end of the 2021 financial year.

The Bank achieved a 10.1% increase in the Bank’s net income from $351.7 million in 2020 to $387.3 million in 2021 largely due to a solid growth in operating income in 2021. However, the Group’s net income of US$375.8 million was slightly lower than the net income reported by the Bank ($387.3 million) mainly because of the pre-establishment expenses incurred by the subsidiaries

The Group’s gross income profile improved having recorded $1.13 billion (2020: $1.08 billion) on the back of strong interest income, which crossed US$1 billion in 2021. The increase in funded income was driven by healthy interest margins and higher loan volumes. The Group’s shareholders’ funds rose by 17.4% to $4 billion from the prior year position of US$3.4 billion, primarily on account of the progress made in the ongoing US$6.5 billion General Capital Increase (GCI, US$2.6 billion expected as paid-in amount). Overall, the Group maintained a healthy, liquid and robust balance sheet position with respective NPL, liquidity coverage and capital adequacy ratios of 3.4%, 169% and 25% in 2021.

Professor Benedict Oramah, President and Chairman of the Board of Directors of Afreximbank, recalled that 2021 was a challenging year with continued economic and business disruptions caused by the pandemic, including continued supply chain disruptions, delayed access to the COVID-19 vaccines and rising global prices.

He said: “Throughout 2021, the Bank remained focused on proactively and aggressively supporting the fight against Covid-19 in Africa by acting as a financial and transaction advisor, guarantor, payment agent and installment payment facility provider under the $2 billion Advance Procurement Commitment (APC) Guarantee Facility which supported Africa Vaccine Acquisition Trust (“AVAT”) to secure 400 million doses of Covid-19 vaccines for the continent with 220 million doses committed in parallel, we maintained strong support for financial institutions, corporates and our member states in other areas.”

Regarding flagship initiatives supporting the African Continental Free Trade Agreement (AfCFTA), Oramah said: “The Bank has also made substantial progress on its strategic AfCFTA-enabling initiatives. In this regard, the Commercial operation of the Pan-African Payment and Settlement System (“PAPSS”) was launched on 13 January 2022. The customer due diligence data platform (“MANSA”) became operational; the Trade Information and Trade Regulations Portals have been developed and the development of the Africa Trade Exchange (“ATEX”), an AfCFTA B2B / B2G platform is well advanced and will soon be launched to support pooled procurement of critical commodities in response to the Ukraine crisis. The Bank has also commenced the process of integrating these platforms through the creation of the African Trade Gateway”.

To support the implementation of its strategy, the Bank launched an African Union-endorsed general capital increase amounting to $6.5 billion of which $2.6 billion is to be paid-in capital. It is pleasing that the Bank has received immense support from its shareholders, with some of the equity having been received ahead of schedule.

Oramah promised that the Bank will remain focused on delivering on the priorities set under its new Plan (the Sixth Strategic Plan, covering 2022-2026).  “Management is confident that the Bank’s solid financial position will provide a strong foundation for the Bank and its member states to sustain efforts towards building the Africa we all want and deserve,” he said.