Afenifere, SAN Back States Over VAT Battle With FIRS 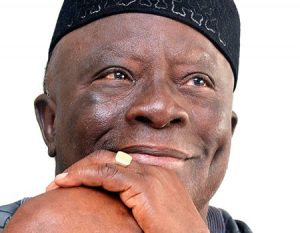 THE Federal Government has been called upon to stop actions and policies that are impeding the practice of true federalism in Nigeria. The advice was contained in a press release issued by the pan-Yoruba sociopolitical organisation, Afenifere, and signed by its national publicity secretary, Jare Ajayi, in which it also commended the Rivers State government for initiating the legal process.

According to Afenifere, the rulings by Justice Stephen Dalyop Pam of the Federal High Court, Port Harcourt, on August 9 and on September 6, 2021, have earned the judiciary an epaulette as an institution that is not only capable of ensuring justice but also working on deepening federalism in the country.

Recall that Justice Pam, while delivering judgments on August 9 in Suit No. FHC/ PH/CS/149/2020, filed by the Attorney General for Rivers State (plaintiff), against the Federal Inland Revenue Service (first defendant) and the Attorney General of the Federation (second defendant), had said that allowing the Federal Government, through the FIRS, to continue collecting VAT will be negating the spirit of the federal system of government being practised.

The judge reiterated this position while ruling on Tuesday, September 7, in the case brought by the FIRS. Afenifere, while commending the judgment, observed that the manner of distributing VAT revenue is patently unfair, unjust and is pitched against the hardworking while rewarding the indolent. “For instance, Lagos State which generates as much as 55 per cent of this revenue receives less than 10 per cent while most states where less than five per cent is generated get the same amount that Lagos gets. It is quite distasteful.

“The sum collected by the FIRS is shared among the three tiers of government, with the Federal Government taking 15 per cent, states 50 per cent; local governments, 35 per cent. From the foregoing, it would be seen that the Federal Government is taking undeserved larger chunk because when 50 per cent is shared among the 36 states, what each state gets is a paltry sum. Same for 774 local government councils that share 35 per cent.”

Ajayi further called on the state governments to use the opportunity provided by these landmark judgments to explore other areas that the constitution empowers them to assert themselves as federalists.

“In other words, they should step up actions that will liberate the states from the stronghold of the Federal Government that has turned Nigeria into a unitary state – in contradistinction to the federal spirit prescribed by the constitution.

“They should be rest assured of Afenifere’s support as they give vent to power devolution and entrenchment of true federalism in Nigeria.

“Areas in which the states need to assert themselves include agriculture, health, education, electricity, physical planning, title registration, registration and production of vehicle number plates and casino licensing etc as Lagos State government did in the past.

“To us in Afenifere, the attempt by the Federal Government to establish so called farm estates in all the 109 senatorial districts is another way of imposing the rejected cattle colony and RUGA on Nigerians. It is also another way of defying the federal spirit of the constitution as lands are vested in the state governors.

“If the governors granted the lands being asked for, cattle colonies would be established in these estates as revealed in the view expressed by Prince Paul Ikonne, the Executive Secretary of the National Agriculture Land Development Agency (NALDA). States should reject this attempt particularly since the farm estates NALDA is using as an excuse to grab lands for the FG ‘are familiar territory for many states especially in the South-West that inherited farm estates from the defunct regional government of late Chief Obafemi Awolowo’,” he said.

The organisation called on the FIRS to resist any temptation to keep appealing the judgment that empowers states to collect local taxes, as such a step is another assault on the federal system that we are supposed to be running.