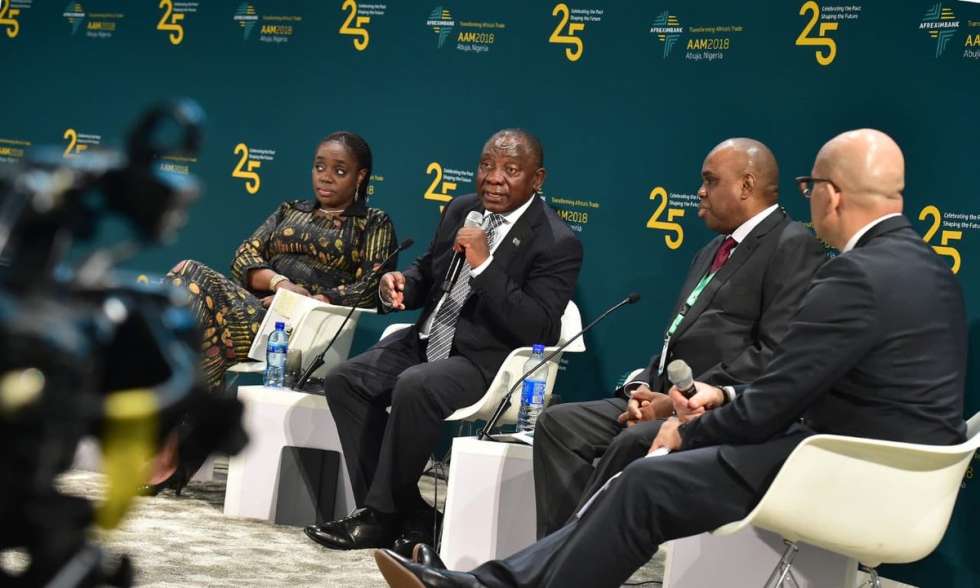 In a keynote address just concluded Annual Meetings and 25th Anniversary celebrations of the African Export-Import Bank (Afreximbank) in Abuja; President Ramaphosa said that the AfCFTA held enormous opportunities for the growth of the economies of the African continent.

He highlighted the need to address the continent’s infrastructure deficit and to pursue industrial development.

In his address, Dr Benedict Oramah, President of Afreximbank, welcomed the signing of the AfCFTA agreement by 44 African nations in Kigali in March and said that it will accelerate the integration of Africa markets, foster regional value chains and promote dynamic competitive advantage across Africa for certain kinds of goods as well as boost employment.

He further stated that it is important that the AfCFTA be thoroughly debated so that everyone can understand both the opportunities it offered and the obstacles that still needed to be overcome.

She commended Afreximbank for its role during the last global recession when it supported many African countries with trade support and lines of credit at a time when others were withdrawing from Africa.