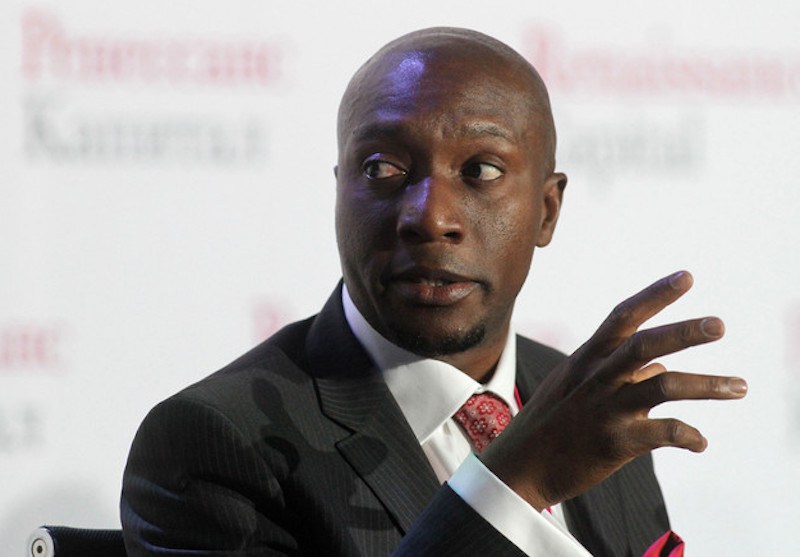 On a sector basis, the financial services sector continued to dominate the African IPO market during 2016 with 45% of total value and 55% of total volume, followed by consumer goods and industrials with a total value of 31% and 13% respectively

The year 2016 marked a challenging year for African equity markets in the wake of lower economic growth and political upheaval around the globe, largely as a result of the US elections cycle and the Brexit vote. African equity capital markets (ECM) broke a streak of three successive years of growth, recording a decline in overall ECM activity of 28% from 2015 in the number of transactions and 33% from 2015 in terms of capital raised.

“Although overall ECM activity decreased in 2016 in terms of both transaction volume and value as compared to 2015, there was a significant increase in ECM activity, particularly IPOs, in the second half of the year, indicating the cautious optimism of issuers and investors as the year progressed.”

Overall, $1.5bn was raised in IPO proceeds in 2016, and while 2016 saw a decrease from the prior year, there has been an overall upward trend in IPO activity over the five year period.

In 2016, capital raised from IPOs by companies listed on the Johannesburg Stock Exchange (JSE) increased by 25% in US dollar terms as compared to 2015, mainly driven by a comparatively stronger rand and three large listings by Dis-Chem, the Liberty Two Degrees real estate investment trust (REIT) and one of South Africa’s largest private equity firms, Ethos. It was also a record year for the JSE’s AltX, which saw the secondary listing of the fledgling Mauritian private equity investor, Universal Partners, generate proceeds of more than five times greater than in 2015.

Capital raised from IPOs by companies on exchanges other than the JSE decreased by 22% as compared to 2015, largely driven by relatively smaller Egyptian IPOs in 2016. IPO activity on the Egyptian Stock Exchange (EGX) decreased significantly – by 72% in terms of value of IPO proceeds – as companies delayed listing plans in anticipation of an improved economic outlook following the August 2016 announcement of a potential stabilisation programme by the IMF and the free float of the Egyptian pound in November 2016.

Elsewhere on the continent, there were some significant increases in IPO capital raised on exchanges in Ghana, Morocco and Botswana compared to 2015, due to partial privatisations of state-owned entities.

Coenraad Richardson, PwC Capital Markets Partner based in Johannesburg, adds: “The JSE retains the leading position in the African capital markets, with capital raised from IPOs by companies on the JSE representing 42% of the total African IPO capital and 34% of the total number of transactions since 2012.” In terms of value over the past five years, the next-largest value of IPO proceeds raised was on the EGX at $1.1 billion, followed by the Nigerian Stock Exchange at $751 million.

On a sector basis, the financial services sector continued to dominate the African IPO market during 2016 with 45% of total value and 55% of total volume, followed by consumer goods and industrials with a total value of 31% and 13% respectively.

Over the past five years, there have been 340 FOs raising $38.4 billion on both African and international exchanges. As was the case with the IPO market, FO activity was hit by a significant decrease in terms of transaction volume and value, down 27% and 34% respectively. Andrew Del Boccio, PwC Capital Markets Partner based in Johannesburg, notes: “The decline in FO activity after a period of sustained growth reflects many of the challenges and uncertainties in Africa and around the globe.”

In terms of geography, 85% of FO proceeds in 2016 were raised either by South African companies or by foreign companies listed on the JSE. However, the nature of these FOs shows a mixed landscape–a significant portion of funds were raised for business restructuring or divesture by foreign investors looking to monetise or exit their African investments, or by South African companies seeking to diversify their portfolios via acquisition of assets outside of Africa.

Both during 2016 and over the five-year period, the vast majority of FO activity was from sub-Saharan countries representing 78% and 81% in total FOs volume, respectively, and 96% and 95%, respectively of total FO value.

Between 2012 and 2016, FO capital raised on the JSE represented 87% of total African FO capital raised and 71% of total transaction volume. In terms of movements from 2015, Nigerian FO activity dried up, with no further offers in 2016, mainly as a result of the ongoing recession and exchange rate environment. Tunisia also saw a significant decline in activity based on value of proceeds raised.

On a sector basis, the financial services sector contributed 47% of total FO value, followed by the healthcare sector at 12%.

During the five-year period from 2012, average FO capital raised per transaction of $113 million remained well above the average proceeds raised from IPOs of $59 million, as a number of large, seasoned issuers, such as Naspers, Aspen, Mediclinic and Steinhoff, among others, tapped markets 17 times for proceeds in excess of $500 million; only one IPO, that of Seplat in 2014 exceeded the $500 million threshold.

Debt capital market (DCM) activity, in particular Eurobond activity, represents only a portion of the total debt raised in Africa, with a large component of debt funding sourced from traditional bank finance, other lending arrangements with investors or debt raised in local currency on local exchanges.

Eurobond activity by African corporates continued to decline in 2016, with investment grade and high-yield proceeds from Eurobond issuances falling by 21% to $4.5 billion, and the number of issuances by 53% to just seven, including some large issuances by South African telecommunications provider, MTN, and Nigerian telecommunications infrastructure company, IHS, which raised $800 million in sub-Saharan Africa’s largest-ever high-yield bond. Proceeds from all seven of these 2016 issuances were raised in US dollars.

Domestic debt markets also played a more significant role in the overall DCM story in 2016 than in previous years, particularly in Nigeria, as companies and governments across the continent retreated from risks related to foreign currency funding in 2016 and as global appetite for African debt securities declined.

Del Boccio concludes: “Despite challenging times, we expect to see improved conditions around capital markets activity in 2017, continuing the momentum built in the final two months of 2016, including an increase in ECM activity by companies on the JSE as well as by companies pursuing privatisation plans through the capital markets in Nigeria, Rwanda, Tanzania and the BRVM region.”