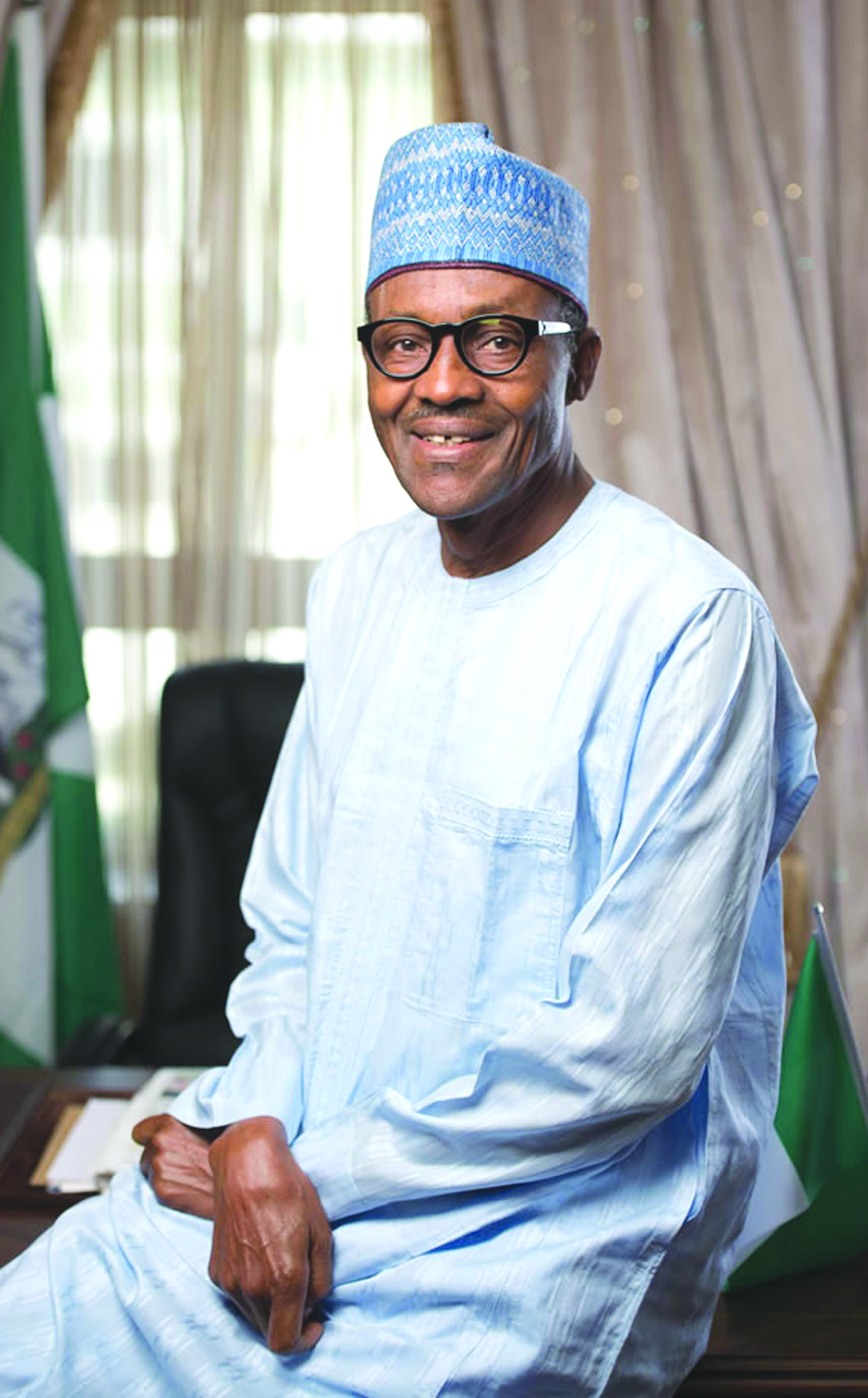 Democracy in Nigeria recorded a milestone following the atmosphere of peace and tranquillity that prevailed during and after the March 28 presidential election won by General Muhammadu Buhari of the All Progressives Congress (APC). He defeated the incumbent President, Dr. Goodluck Jonathan who exhibited a true spirit of sportsmanship by conceding defeat. Buhari’s victory marked a watershed in Nigeria’s political history because it is the first time a sitting President would be defeated in an election.  It also disproved the prophets of doom who had predicted that Nigeria would disintegrate in 2015. Since the Independent National Electoral Commission (INEC) declared the result, prominent personalities in Nigeria and world leaders have continued to felicitate with the President-elect.

In appreciation of the smooth conduct of the election and how Nigerians accepted the results of the presidential and the National Assembly elections announced in the early hours of Wednesday, April 1, Ban Ki-Moon, Secretary-General of the United Nations (UN) congratulated General Buhari and commended President Jonathan for his leadership throughout the electoral process and his statesmanship in upholding the democratic process. He described the successful conduct of these polls as a testament to the maturity of Nigeria’s democracy.

The President of the Republic of France, Francois Hollande, was also one of the earliest callers to congratulate Buhari on his election. Hollande welcomed the commitment of the Nigerian people and the professionalism exhibited by INEC in the conduct of the polls. “France continues to stand with Nigeria to uphold democratic values, fight against terrorism and promote economic partnership between the two countries,’’ he said.

In his congratulatory message, President Barack Obama of the United States expressed his preparedness to work with the President-elect. He said: “On behalf of the American people, I extend congratulations to the people of Nigeria and to President-elect Buhari and look forward to continuing to work with the newly-elected government on our many shared priorities.” Obama also commended Nigerians and INEC on the successful election. He said: “The last few days have shown the world the strength of Nigeria’s commitment to democratic principles. By turning out in large numbers and sometimes waiting all day to cast their votes, Nigerians came together to decide the future of their country peacefully. I commend President Goodluck Jonathan and President-elect Muhammadu Buhari for their public commitments to non-violence throughout the campaign. President Jonathan has placed his country’s interests first by conceding defeat and congratulating President-elect Buhari on his victory. I look forward to working with President Jonathan throughout the remainder of his term, and I thank him for his many years of service and his statesman-like conduct at this critical juncture. I urge President-elect Buhari and President Jonathan to repeat their calls to their supporters to continue to respect the election outcomes, focus on unifying the country, and together lead Nigeria through a peaceful transition.

President Obama said that “Nigeria’s Independent National Election Commission (INEC) and its Chairman, Attahiru Jega, deserve special recognition for what independent international observers have deemed a largely peaceful and orderly vote. I commend INEC for its extensive efforts to increase the credibility and transparency of the electoral process.”

Nana Akufo-Addo, Ghana’s main opposition presidential candidate has joined millions of people across the globe to congratulate Nigeria’s President-elect. He said: “I join well-wishers in the rest of Africa and across the world to extend warm congratulations to the APC presidential candidate, General Muhammadu Buhari, on his decisive victory in the March 28, Nigerian presidential election, thus becoming the next President of the Federal Republic. Through the peaceful exercise of their sovereign and democratic right to elect their own leaders, the people of Nigeria have strengthened the frontiers of democracy for all other African countries to emulate.”

He noted that Nigeria has followed the footsteps of Ghana by voting out a sitting president. “This is the first time, in Nigeria’s history, that one democratically elected government has been voted out for another and that a sitting President has been rejected at the polls. This change, after 16 years of the Fourth Republic, should go a long way to enhancing the quality of competitive governance in Nigeria. It has reinforced the democratic notion that the people have the power to change governments,” he said.

Jacob Zuma, President of South Africa, has equally commended Nigerians on the successful conduct of the 2015 presidential election. A statement by the spokesperson of the South African Department of International Relations and Cooperation, Clayson Monyela, said that South Africa remains committed to enhancing the historic relations between both countries.

From the home front, former President Olusegun Obasanjo congratulated the President-elect on his election. In a letter to Buhari, Obasanjo said his success and victory after three previous unsuccessful attempts should serve as a great lesson for all politicians, particularly in Nigeria. “For me, the totality of 2015 elections holds many lessons for our democracy and democratisation process which are both maturing.”

The former President, who had been democratically elected twice, noted that, “on this occasion, the system has been unnecessarily overheated before and particularly during the campaigns when emphasis was more on trivialities and hate, divisive, undignifying and disrespectful statements and comments rather than on pressing issues requiring attention.”

He advised Buhari to be magnanimous in victory so as to start binding the wounds and bitterness occasioned by the campaign and the evil disciples. He said: “With so much harm already done to many national institutions including the military, which proudly nurtured you and me, you will have a lot to do on institution reform, education, healthcare, economy, security, infrastructure, power, youth employment, agribusiness, oil and gas, external affairs, cohesiveness of our nation and ridding our land of corruption. Your varied and wide experience will undoubtedly stand you in good stead. I am also sure that there are men and women of goodwill, character and virtue across the board that you can mobilise to join hands with you in the reform, repairs and re-direction that will be imperative to put Nigeria back on the fast lane of good governance, unity, cohesiveness, development and progress,” Obasanjo stated.

For instance, Fashola said with the state of things in the country, every hand should be on deck to build the country. “I think both sides ran a very fierce campaign. So you can imagine as they say: The fiercer the conflict, the sweeter the victory, but what is important now is building Nigeria,” he said.

Wamakko congratulated Buhari, saying it was a realisation of the dream of Nigerians for positive change in the country. He also applauded President Jonathan for accepting the outcome of the election in good faith.

Yuguda said “there should not be any bitterness in politics especially if you lose. We should learn from the doggedness and resilient nature of General Buhari who have been contesting the seat of the presidency since 2003 and has never shown bitterness to his opponents until God finally granted him the victory in 2015.”

Similarly, Governor Rauf Aregbesola of Osun State described the election of Buhari as the culmination of the struggle for the enthronement of people-driven democratic governance in the country. He reminded Nigerians that the late sage, Chief Obafemi Awolowo, had in 1983 predicted that the progressive elements in the North and South would one day come together for the liberation of the country.

For Governor Ajimobi, Buhari’s victory would mark the end of “business as usual for those who revel in cutting corners in the running of the affairs of Nigeria.” He described Buhari as a dogged fighter, saying he was a lesson in perseverance, resilience; calmness and patriotism which he said were the attributes that made his victory possible. He expressed gratitude to Nigerians for keeping faith with the APC and for reposing confidence in Buhari despite all the darts thrown at him by his opponents and their cohorts.

He restated his confidence in the ability of the president-elect to bring his vast experience to bear in ensuring that the change Nigerians have been clamouring for manifest in the shortest possible time.

Governor Lamido said the election of Buhari is a manifestation of the resolve of Nigerians to give democracy a chance and prove that they have embraced democratic culture of preserving the sanctity of processes that brought leaders of integrity into power. “Undoubtedly, this election will go into history as the most transparent election Nigeria had in recent times and, also proved to the world that Nigerians have the capacity to hold election and transfer power without rancour. I hail the resilience and doggedness of the people, especially the people of Jigawa State for a peaceful and orderliness of the election. Like we know, is God Almighty that gives power to whom He wishes and at the time He wish, therefore, we join all Nigerians in congratulating Buhari and wish him well in this new assignment of steering the affairs of our dear country in the next four years,” he said.