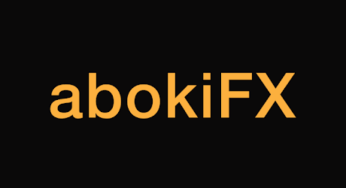 There are indications that the Central Bank of Nigeria (CBN) is investigating the Founder of abokiFX, Olusegun Oniwinde, for alleged illegal foreign exchange transactions.

AbokiFX is a website that reports movements in the foreign exchange market. On Friday, the platform reported that the naira was trading at 570 to the United States (US) dollar at the parallel market.

Sources say that the apex bank is concerned on how the web platform collects its data.

“Since the inception of the company in 2015, he has kept filing the same cash at hand, net assets, and shareholders’ funds,” the source said. 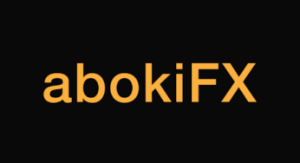 According to the balance sheets, which were all signed by Oniwinde as the company’s director, the cash at the bank and in hand, net assets, and total shareholder funds remained unchanged at £1,000 as of October 31, 2020.

The company’s account statements raise questions about whether it’s a real business or not, according to the CBN source.

The source further claimed that though abokiFX has reported the same cash at bank and in hand for four years, “millions of Naira and thousands of dollars go through his [Oniwinde] account annually here in Nigeria.”

Although Oniwinde registered abokiFX as a sole owner in 2015, documents showed a registrable person about the company, but the firm has not identified the person.

The insider also questioned Oniwinde’s ownership of four companies with the same address, the same cash at hand, the same net assets, and the same shareholders’ funds in the United Kingdom (UK). Oniwinde is also the director of one Seade Money Limited situated at Kemp House, City Road, London, England, EC1V 2NX. The company’s cash at hand, net assets, and total shareholder funds also stood at £1,000 as of June 30th, 2021.

Another company, registered with Oniwinde as director, Boaz Associates Limited, is located at 71 Peartree Close, South Ockendon, Essex, RM15 6PR. Further checks on the government website showed that the three other companies had this same address until September 16, 2021, when they were moved to Kemp House City Road London EC1V 2NX. These irregularities have beamed the searchlight on the activities of abokiFX and its director.

It is expected that the governor of the CBN, Godwin Emefiele, may offer clarity on the matter when he briefs reporters on Friday afternoon to announce fresh decisions of the apex bank’s Monetary Policy Committee (MPC).

Although the MPC meeting was initially scheduled for September 20 and 21, according to the CBN calendar, it was rescheduled to hold on September 16 and 17, 2021. Currently, the CBN is deliberating at the MPC meeting, which started yesterday, September 16. The CBN Governor is expected, as it’s tradition, to brief journalists and Nigerians on the outcome of its meeting.