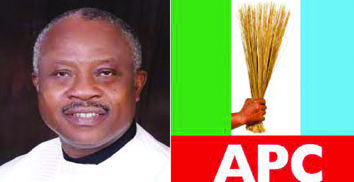 The political landscape of Abia State is set for a breath of fresh air following the emergence of High Chief Ikechi Emenike, a renowned publisher-cum-development economist as the governorship candidate of the All Progressives Congress (APC) in the State for the 2023 election.

In the Abia APC Governorship Primary Election held in Umuahia on Thursday, May 26, Emenike floored other aspirants, including the immediate past Minister of State for Mines and Steel Development, Chief Uche Ogah to clinch the ticket. The election had 920 delegates who were drawn from the 184 wards of the state.

The Abia APC Governorship Primary was conducted under a peaceful atmosphere and monitored by officials of the Independent National Electoral Commission (INEC). 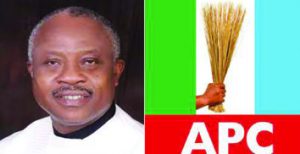 In his acceptance speech, Emenike decried the deplorable conditions of Abia, occasioned by years of bad leadership, and assured that the story of Abia State would change for the better, when he becomes the Governor in 2023. He urged Abians to be alive to their responsibility of voting out bad leadership. The governorship hopeful also called for the support of Abians in his crusade to rescue the State.

Emenike said he has received the mandate given to him by APC members with every sense of responsibility and urged party members in the state not to relent, but do their best for APC to win the governorship election in 2023.

While dedicating his victory to all Abians, he appreciated the members of his party, for choosing him to deliver Abia from bondage.

The global economic consultant reminded Abians that the first stage of liberating Abia had been accomplished through the peaceful primary, assuring that a new breath of transformation would breeze through the State from 2023.

Emenike’s emergence as the APC flagbearer did not come as a surprise to many because he is a founding member of the party and major stakeholder in Abia politics. As the Secretary of the APC Contact and Strategy Committee, he worked hard to ensure the victory of President Muhammadu Buhari at the 2019 presidential election. He is largely seen by many Abians as the only viable alternative to rescue and transform the state which has suffered long years of underdevelopment under the PDP. The general consensus among political observers in the state is that Emenike has the vast experience as well as network needed to put Abia on the path of progress and ensure prosperity for all Abians.

As a development economist, Emenike is eminently qualified to change the development trajectory of Abia State. Currently, he is the Chairman, Governing Council of the University of Nigeria, Nsukka (UNN) who is using his wealth of experience to make the institution self-sustaining in funding its research, academic programmes and infrastructure.