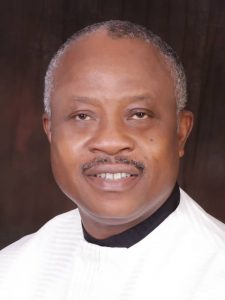 Abia State APC chieftain, High Chief Ikechi Emenike has reacted to rumours of his purported suspension by a faction of the All Progressives Congress (APC) in the state describing the action as null and of no effects whatsoever. Reacting to the news, a close associate of Chief Emenike, Hon. Obilor Ogbonna described the so called reaffirmation by the members of the Nwankpa led caucus as a vituperation of drowning men as the pendulum has just swung against them.

He added that the party’s national leadership had invalidated and put paid to the rumored suspension of Chief Emenike, urging party members and teeming supporters to disregard the rantings. According to the Party chieftain in the statement, “you will recall that the purported suspension first hit the media in September 2018 on the run up to the 2019 elections and resurfaced again in May 2021.

“It is pertinent to note that this same diminutive feather weights had in September 2018 recanted on their delusional suspension so issued against High Chief Ikechi Emenike, Leader of the All Progressives Congress in Abia State in a widely publicised local online news media forum”.

“Suspension by an outgoing caretaker Committee 12 hours to the Ward congresses slated for tomorrow, 31st of July sounds like a distraction to the revered High Chief and should be completely disregarded”. Meanwhile, the All Progressives Congress (APC) in Abia State has announced the adoption of a consensus option for the ward congress in the state slated for Saturday.