Today, February 27th, 2022, Professor Pius Adesanmi would have turned 50 years old. But for the sad, eventful, cruel and catastrophic outing unilaterally caused by Boeing’s greed at Bishoftu, Ethiopia, my friend – our friend would have still being alive.

That cold and eerie Sunday morning took away one of Africa’s finest and artistic brains unto eternity. Prof Pius himself, became a casualty of everything he criticized – mediocrity, corporate greed, machiavellianism and being defiant. 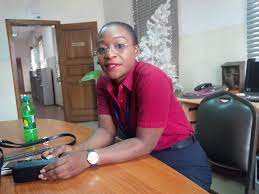 A great son of Isanlu, Kogi-state from where he spent his formative years before he trudged further and delved into the unending journey of the academia, he was restless in seeking knowledge and impacting the world – especially Africa with his artistic acumen.

Prof. Pius was a public property. He gave himself to the public need of holding government accountable, expected standards, criticizing and calling out inefficiency. A job he did with ease and was not remunerated for.

In the academia where he was prolific, he was a dashboard of flawless English and French languages. He communicated both with dexterity and ease, wrote them with precision too and rose to become a Professor of literature and African studies.

Death honors some with positive history, while posterity is unkind to others. The former, is Prof. Adesanmi’s forte.

His death reunited several across continents, re-ignited camaraderie with acquaintances and importantly, the quest for root cause of the unfortunate mishap that took his life.

I am confident Prof.Adesanmi is smiling and in his every jocular mien, toasting to his life at 50. Here’s to you wayfarer : may perpetual light continue to shine upon your soul and may you continue to rest even as you seek answers to questions plaguing the motherland.

Shine forth Pius, and trudge on in a fashion that’s unmistakably yours.

Why Starting An Airline In Africa Is Difficult