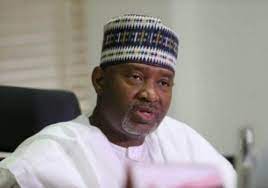 The Minister of Aviation, Senator Hadi Sirika says private investors are expected to raise $250 million to begin a new national carrier, to be called Nigeria Air.

The minister made this known in a document on the updated status of the government’s aviation roadmap being gradually implemented.

In the document detailing the status of Aviation Road Map, made available to reporters, the minister said the project development phase has been completed with the development of the Outline Business Case (OBC) and subsequent issuance compliance certificate by the Infrastructure Concession Regulatory Commission (ICRC).

“The next step which will involve the commencement of the procurement phase is placement of Request for Qualification (RFQ) in local and international media. $250 million approximately is to be raised to start up the airline by private investors,” he said.

“The government is providing the required support by enabling an environment in terms of sustainable policies, allocation of BASA routes, provision of financial guarantees and ensuring fiscal incentives to sustain the success of the airline,” he said.

As for the establishment of Maintenance, Repair and Overhaul (MRO) Centre, Sirika explained in the document that the Ministry is at advanced stage in the procurement phase, adding that ‘a preferred partner has been selected, the next step I commencement and negotiation with the preferred partner and finalisation of Full Business Scale (FBS).

“The proposed independent MRO facility in Nigeria will serve the maintenance demands of airlines in West and Central Africa and also provide maintenance for national carrier and African leasing companies. The MRO will be structured as a Build Operate and Transfer (BOT) model with the government acting as both the grantor of the concession and facilitator of the project, while the private partner consortium will be responsible for designing, building, financing, operating and maintaining the proposed facility for an agreed concession period.

“The consortium is expected to comprise an Independent MRO company, real estate development company, construction company, financial and institutional investor. The proposed facility will have the capacity to serve both narrow- and wide-bodied aircraft maintenance requirements and will be located in Abuja, Nigeria”.

The Nigeria Air logo and livery were unveiled on the sidelines of the 2018 Farnborough Air Show in July 2018; the Federal Government unveiled the branding and livery for the proposed new airline, Nigeria Air where Sirika gave a December launch date.

Since then, the project is yet to take off, forcing many to describe it as one of the white elephant projects of Nigeria.