The Resident Electoral Commissioner of the Independent National Electoral Commission, INEC, in Delta State, Mr Monday Udoh-Tom, yesterday, said the commission would not accept the outcome of primary elections conducted by any political party after June 3, 2023

Udoh-Tom at a one-day Media/Civil Societies Organisations, CSOs, roundtable on the 2022 Electoral Act organised by the commission in collaboration with Transition Monitoring Group, TMG, and Delta State Civil Society Forum, DENGOF at its headquarters in Asaba, Delta State, said the resolve to keep to the 2022 Electoral Act, “once again sign-posts the commitment to bring some measure of certainty and sanity into the nation’s electoral calendar.” 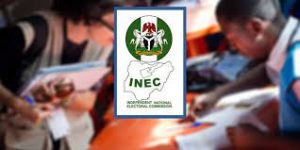 He noted that the Act was an important piece enacted to improve the legal framework for the conduct of the 2023 general election, and for the overall benefit of the electoral process.

Udoh-Tom said: “As key allies of the commission, in its commitment to delivering free, fair and credible elections, the place of the media, CSOs, as well as other election stakeholders cannot be over emphasized, hence the hosting of this event by the commission and donor partners in Delta State, to familiarise participants with key provisions of the Electoral Act 2022, as we turn a critical corner in INEC plans and processes for the 2023 general election.

“It is pertinent to state here for the benefit of participants, that the Electoral Act 2022, signed into law on February 25, 2022, by the President, as well as the constitution of the country and INEC guidelines and regulation would essentially provide the framework for the conduct of the 2023 general election.

“It is also important to note that, the provisions of the current Electoral Act, is not only intended to offer legal cover for the series of commission’s past and present innovations, which over the years, has often suffered technical defeats in the court of law, it has further deepen transparency and reduced ambiguity and the use of discretion by both the commission and stakeholders in the electoral process.

“The operationalisation of the Act began in earnest, with the publication of notice of election, by the commission on February 28, 2022, in line with section 28(1) , which inter-alia provides that, ‘the commission shall, not later than 360 days before the day appointed for holding of an election under this Act, publish a notice in each state of the Federation and the Capital Territory-(a) Stating the date of the election; and (b) Appointing the place at which nomination papers are to be delivered.

“Consequently, other timeline activities have since followed, including on-going party congresses and primaries, for the nomination of candidates, in which Section 29(1-8) provides for the list of candidates to be submitted to the commission by political parties, 180 days before the 2023 general election, and in this instance, before the Presidential and National Assembly elections, fixed for February 25, 2023.

“This roundtable in my understanding is to bring all key players in the electoral process to the table, to take a slice of the Act, examine its ramifications for each player in their corner, with the overall goal of informed and enlightened value added political discuss, activism and reportage, which of course will ultimately benefit the outcome of the 2023 general election.”

“It is important for all participants to agree from the onset of this meeting, the necessity of detailed understanding of what the Act says, in every sphere of activity of the electoral process, so as to arrive at a pre-determined end of knowledge driven out come, with the consequence of less acrimony, fake news and litigation at the end of the 2023 general election.”