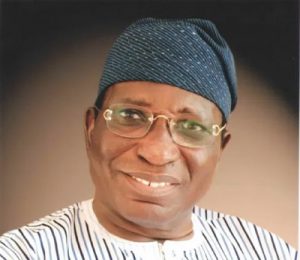 A former Governor of Plateau State and chieftain of the Peoples Democratic Party, Fidelis Tapgun, has warned against alleged plans by the PDP not to zone the 2023 governorship to the Central Senatorial District of the state.

Expressing regrets over the past mistakes and the prolonged crisis that had rocked the party, Tapgun, who spoke with journalists in Jos on Sunday, said failure to zone the governorship to the central zone would rob the party of victory during the 2023 general elections.

He called on a former Commissioner for Works, Chris Hassan, to reconcile all aggrieved factions and work hard to ensure that PDP will reclaim power in the forthcoming general election.

Tapgun said, “The PDP in Plateau State has passed through a lot in the past but I believe the emergence of a new exco during the just concluded state congress offers the party a new beginning for greatness. And I blame the party crisis on those who thought that they own the party to the exclusion of other stakeholders.

“But the experience has shown that everyone is important in the party and I hope the emergence of a new state exco led by Chris Hassan will mark the end of the crisis.

“And my advice to the new exco is to work and return power to the PDP come 2023 because the people still have confidence in PDP to provide good governance. But one way to achieve victory for the PDP is for the party to respect zoning for the governorship in Plateau state because it has come to stay.”

“So, given the fact that the Southern zone will complete their eight-year tenure in 2023 after the Northern zone had held power for eight years, I believe that it is the turn of the Central zone to produce the next governor in 2023. And I can assure you that the PDP will lose the governorship in 2023 of the party do not zone the governorship to the central zone.”