Why Synthetic Identity Theft on the Rise 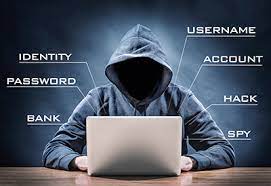 This crime relates to fraudsters combining real and fake information to create a persona. For instance, criminals might use leaked or stolen Social Security Numbers (SSNs) and pair them with fake names, addresses, and dates of birth. How to stay safe? It isn’t easy, but possible.

Traditional identity theft is a common practice used by criminals all over the globe. It involves theft of some personal documents, credit card information, a driver’s license, or similar documents with legal or financial value. Once they steal a document, they use it to find out more information about the owner. When they collect enough information, they often use the stolen documents for financial gain until the owner finds out.

Most people don’t know what’s going on until they get a monthly bank statement that shows their accounts have been cleaned out. The worst thing about this type of threat is that it is quite difficult to prove that it wasn’t you who made these financial transactions.

Synthetic identity theft is an even bigger problem because criminals don’t need accurate personal information to steal money. At least, not too many personal details. They only need a few details to combine with fake details and build a new identity. After they have the information they need, they open fake bank accounts and make purchases. Most synthetic thefts use the information they steal to get money from creditors and credit card companies.

Most synthetic identity thefts are based on stolen Social Security Numbers combined with a few false pieces of information. They combine real SSN with fake names, addresses, and dates of birth. Without clearly identifiable information, criminals can use these fake accounts for all kinds of fraud.

Most of them use multiple identities for frauds, and they use it for months or even years until anyone notices. To prolong the scam for as long as possible, fraudsters have several preferred target groups. First of all, children or even infants can become victims. Since they won’t need bank services for years, criminals can silently taint their credit score. Older people are also possible victims as they might not stay informed on their financial situation. Overall, synthetic identity theft is among the fastest-growing financial crimes in the US, and it’s constantly growing every year.

When that happens, victims inform the bank that freezes their accounts and credit files. If the bank authorizes an investigation and proves that the account was stolen, victims are not charged or held responsible.

How to Stay Safe

Identity theft is no joke, and hundreds of thousands of people experience problems caused by stolen personal information in the US every year. However, with the right security measures in place, you can drastically reduce the chances of becoming a victim of identity theft. Here are a few useful tips:

This one should go without saying, but many people still make the mistake of sharing their personal information with other people. That’s why you should never share your information with unauthorized people. If you have to tell someone other than the people that need it, you’re risking a heap of problems in the long run.

Cybercriminals use all kinds of advanced technologies to find your passwords. Most people use the same passwords across all of their online accounts and profiles, so criminals can access anything they want once they are broken. That’s why you should get a password manager that holds all your unique passwords safely.

VPN stands for Virtual Private Network, and it can help you protect your identity when you go online. Tools like Atlas VPN ensure that your connection to the internet is always safe. It means that no one can snoop on your financial transactions when you perform them while connected to unsecured networks.

Identity theft is a pressing issue, and if you’re not careful about your online behavior, you could become a victim. However, if you take some extra precautions, you can minimize the chances of becoming a target. Install some anti-malware software, get a VPN, and be very careful when sharing your personal information with others.