Why MTN Plans to Sell its Afghanistan Business 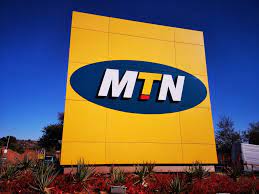 Mobile Telecommunications Network (MTN) has announced plans to sell its businesses in Afghanistan. The telecoms group is reportedly in talks with potential international buyers for its wireless business in Afghanistan. This is part of the company’s plans to accelerate its exit from the Middle Eastern country.

The Africa’s largest telecom company MTN, currently the market leader in Afghanistan with a 40% share, is in discussions with several parties in ongoing negotiations to sell its Afghanistan arm.

Last year, MTN announced its plans to exit the Middle East over the medium term, allowing the South African company to focus on African markets entirely. Since then MTN has left its operations in Syria, saying that regulatory demands in the country made its operations there untenable.

South Africa’s MTN Group is reportedly in talks with potential international buyers for its wireless business in Afghanistan. This is part of the company’s plans to accelerate its exit from the Middle Eastern country.

Other telecoms operating in Afghanistan, which includes the UAE’s Etisalat, have been reassuring customers and investors that they are keeping services running following the collapse of the US-backed government and installation of the Taliban as the country’s sovereign group last month.

This comes against the backdrop of announcement by the Taliban of a new government, a development analysts say the group filled some of its top posts with individuals in its inner high echelons, including a wanted man on a US terrorism list as interior minister.

The Taliban have been vocal about being a sustainable force in the country, claiming to be committed to any and all international laws, treaties and commitments not in conflict with Islamic law.

“In the future, all matters of governance and life in Afghanistan will be regulated by the laws of the Holy Sharia,” Taliban supreme leader Haibatullah Akhundzada said in a statement, in which he also congratulated Afghans on what he called the country’s liberation from foreign rule.

Now ruling Afghanistan as its sovereigns, the Taliban have vowed to be more patient and tolerant this time around, a commitment many Afghans and foreign powers will be scrutinising going forward.