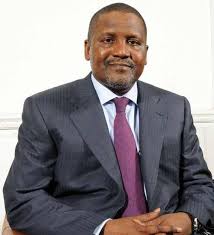 For Nigeria to boost industrial competitiveness, experts have advised the Federal Government to set-up a national competition authority to oversee the activities of multinationals and industrial behemoths to guard against oligopolistic tendencies. In the last few years several multinationals, according to industry watchers, have engaged in collusion to fix prices in several sectors of the economy, in the process ripping off Nigerians. “Several multinationals engage in price fixing to maximize profit and gain market share. This is possible because several industries are not adequately monitored and supervised,” says Mr. Ben Okonmah, a financial analyst.

Price fixing, according to analysts, is possible where you have few multinationals dominating an industry so that they are able unable to outdo one and another, hence collude to fix prices. It also occurs where you have a dominant player in an industry undercutting other competitors with low pricing. This is rampant in the services sector where there is little or no distinguishing feature of services they render. A national competition authority as distinguished from an industry regulator, they say, takes a holistic view of the economy and the interest of the people in making decisions regarding mergers/acquisitions and pricing while an industry regulator focuses on activities of companies in its regulatory sphere.

In Nigeria, for example, Dangote Group dominates the sugar market accounting for about 70 percent; competing locally with BUA Sugar. The cement segment also has Dangote cement holding the sector in its jugular with its pricing power as it controls 50 percent of the cement market in Nigeria. MTN until it was recently fined $3.4billion by Nigeria Communications Communication (NCC) over SIM registration infraction was declared dominant (for voice) by NCC as it accounts for about 45 percent of GSM subscribers. These ‘near monopolies’ according to observers not only rig markets and rip-off consumers, they pose a development problem as lack of competition is linked with inequality and lack of innovation as well as rent-seeking activities. “The Federal Government should set up a body akin to the United States Federal Competition Commission, which has the power to block mergers and also investigates possible market collusion,”says Dominic Makolo, an economist.Reducing market concentration in several industries, it is believed, will open a level playing field for all participants.

Indeed, several developing countries are strengthening their national competition authorities for efficiency and speed. Mexico, Brazil and Chile in Latin America are firming up their competition agencies. A law protecting whistle-blowerscould be a first step towards catching rule-breakers.