Victor Moses in limbo at Chelsea 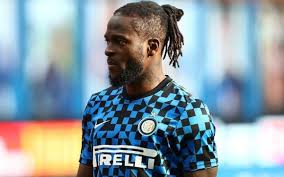 Former Super Eagles striker Victor Moses is in limbo after Inter Milan failed to sanction his permanent move from Chelsea.

The Italian club’s owners Suning ‘did not approve the move’.

That means Moses is back at Stamford Bridge with nowhere to go.

The Blues have Cesar Azpilicueta and Reece James at right-back. And the versatile Moses has no chance in breaking into a star-studded midfield.

The 29-year-old is out of contract next summer so Chelsea are reluctant to let him go without agreeing a fee.

Moses joined Inter last January with an option to buy but that agreement has lapsed. Moses joined Chelsea in 2012 from Wigan Athletic and has made over 120 appearances for the Stamford Bridge club but has also had five spells out on loan during that time.