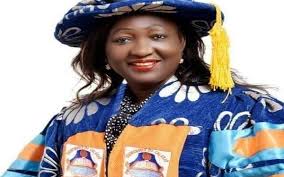 Prof. Florence Obi of the faculty of Education and one-time deputy Vice-Chancellor, Administration at the University of Calabar has emerged as the 11th Vice-Chancellor of the university. She is also the first female to be so elected.

Chairman of the University Governing Council and the Pro-Chancellor, Senator Nkechi Nwaogu announced to newsmen on Friday that Prof. Obi emerged victorious over 12 others who were eminently qualified as well.
The VC-elect, Prof. Florence Obi expected to assume work on the 1st December 2020.

Professor Florence Banku Obi is a mother of four and grandmother of six from Bansan – Osokom, Boki Local Government Area of Cross River State.
She began her academic career as an Assistant Lecturer at the Institute of Education, University of Calabar in March 1990 (30 years ago). Two years after her appointment (1992), she won a 6-month postgraduate scholarship to Jordan-Hill College of Education, Glasgow, Scotland, under the World University Service (WUS), World-Wide Fund for Nature (WWF) and the Nigerian Conservation Foundation (NCF) in a keenly contested interview for staff of the Institute of Education.