Twitter Ban to be Followed by ‘Other Moves’, Says UK-Based Tech Expert 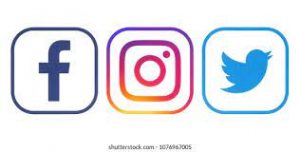 The Nigerian Government may have found a way to achieve its longstanding desire to regulate social media companies by mandating all platforms to acquire license to operate, a move which could be a backdoor plan to censor social media in the country.

The directive was obscurely tucked in a controversial statement by Lai Mohammed, Minister of Information and Culture, suspending Twitter indefinitely over what the “persistent use of the platform for activities that are capable of undermining Nigeria’s corporate existence”.

The suspension came into effect on Saturday morning with many citizens in Nigeria being unable to access the platform using regular telecommunication services and internet service providers. Some have resorted to the use Virtual Private Networks (VPNs)

“…The Federal Government has also directed the National Broadcasting Commission (NBC) to immediately commence the process of licensing all OTT and social media operations in Nigeria,” part of the statement read.

This raises concerns that the government is now trying to quietly impose some restrictions on social media companies, something it failed to achieve in the past due to resistance from Nigerians.

Dr Nnenna Ifeanyi-Ajulo, a senior Lecturer of law and Technology at the School of Law Swansea Unversity, United Kingdom, told FIJ that the cyber space is not restricted to any geographical location and the licence directive of the government could be an effort to domicile social media companies whose headquarters are not in Nigeria.

“So of course, it brings up the consideration that there may be other moves. I wouldn’t be preemptive, but it could be prima facie evidence of such moves where you then want to regulate what is being done on these platforms and it’s a guise to curtail freedom of expression,” Ajulo said.

The move to control social media use by Nigerians has been on since 2016 when the Frivolous Petition Bill (also known as social media bill) sponsored by Senator Bala Na’Allah went through the first and second reading that year but was eventually stepped down after protest by Nigerians.

In early 2019, President Muhammadu Buhari declined assent to the Digital Rights Bill because “it covers too many technical subjects and fails to address any of them extensively”. The bill, if passed to law, would have protected the rights of Nigerians on the internet and ensured their safety and well-being.

The two versions of the Hate Speech Bill 2019 in the House of Representatives and the Senate are efforts by the government to regulate the use of media and restrict the right to the freedom of expression.