The voices of man and God may differ. 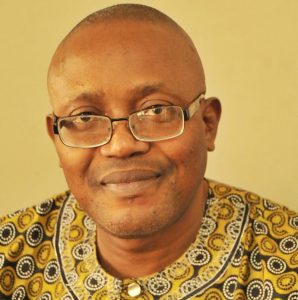 THE Imo State gubernatorial election in March 2019 was a crowded field of 70. A former Deputy Speaker of the House of Representatives and candidate of the Peoples’ Democratic Party, Emeka Ihedioha, came first with 273,404 votes. Coming a distant second was Uche Nwosu of the Action Alliance who polled 190,364 votes.

Third was Ifeanyi Ararume of the All Progressives Grand Alliance with 114, 676, while Hope Uzondima of the All Progressives Congress, APC – the ruling party in the country – with 96,458 votes, came fourth. Former Governor Ikedi Ohakim of the Accord Party with 6,846 votes came fifth. Ihedioha was accordingly sworn into office as the elected Governor.

However, Hope Uzodinma, the man who came a distant fourth in the elections, approached the Supreme Court making what appeared to be a laughable and hopeless case that in his pouch, he had votes from 388 polling units which a policeman who is not a member of the electoral commission, had collated for him.

In still unclear circumstances, the Supreme Court admitted these unverified votes and awarded all to Uzodinma without indicating the votes scored by the 69 other contestants. Also, without evidence of Uzodinma meeting other constitutional provisions, the apex court declared him the State Governor!

A shocked Governor Ihedioha raced back to the Supreme Court urging it to review its decision in the interest of justice and democracy, but the gods of the court in a false sense of infallibility declared that whatever they decide, is eternal: “it shall remain forever.”

One of the seven lords who sat in judgement, Justice Centus Nweze, was a voice crying in the wilderness of justice. He pointed out among other things that Uzodinma had at the Election Tribunal admitted that he hijacked the result sheets from the electoral officials and completed the result sheets by himself.
He warned his fellow lords that “the decision of the Supreme Court in the instant matter will continue to haunt our electoral jurisprudence for a long time to come”. But his colleagues would not listen.

So it came to pass that they imposed Uzodinma on the people of Imo State, hence the popular appellation of the latter as a ‘Supreme Court Governor’. This is what Fela would have called ‘Government magic’. But no matter the illusion, the Supreme Court Justices are mere mortals imbued with human frailties.

However, matters took a spiritual turn when on July 2, 2021 the President of the Christian Association of Nigeria, CAN, His Eminence, Samson Ayokunle, travelled from his Oyo Town homestead and crossed the River Niger to go sanctify and beatify the controversial election results.

The CAN president, without stating whether he consulted other CAN leaders or affiliates, saw a vision or was sent by God, told controversial Governor Uzodinma: “Let me tell you this, before you take any step or action, hear the voice of God, and you don’t reject the voice of God. I say this because you are a miracle governor. Your coming as governor was as a result of God’s decision. So, you are a miracle governor. That is why any step taken against you will be subdued because your coming as governor can only be possible by God.”

So, is the ‘victory’ of Uzodinma magic or miracle? If the argument is that it is only God that puts people in power, was he also the one that put Adolf Hitler in power who gassed six million Jews and ignited the Second World War that led to 75 million deaths? Was he the one that put King Leopold II of Belgium in power resulting in the massacre of 16 million Congolese just to satisfy his colonial greed? In Imo State, was that the voice of Samson Olasupo Adenyi Ayokunle, the son of Mr. and Mrs. Amos and Theresa Bibilari Ogunkunle, or that of God?

His Excellency Yahaya Bello of Kogi State is another controversial governor who brooks no opposition. In the 2019 elections, his supporters sang approvingly in the streets that anybody who opposed him would be shot. Indeed, people were killed before, during and after the elections.

Thugs celebrating his victory burnt alive Mrs. Acheju Abuh, the PDP Women Leader right inside her home, and used arms to prevent her neigbours from rescuing her from the flames. Bello’s undemocratic actions are long and windy. But my primary concern here is his position on the corona virus, COVID-19.
Even after many worldwide had been killed by COVID-19, he insisted that the virus does not exist and, therefore, refused to allow a lockdown of the state. When against his beliefs, officials of the NCDC visited the state as part of measures to combat the virus, he threatened to detain them in an isolation centre.

Mass gatherings were known to be super spreaders of the virus; this led to the Federal Government banning all mass gatherings. Bello’s way of circumventing this was to call a meeting of religious leaders in the state and pose the question whether people should be allowed to congregate for religious activities. He announced that the result of his curious referendum was that majority of the clerics voted for re-opening places of worship.

Also, when medical personnel in the state insisted that they be provided with Personal Protective Equipment, PPE, even if Bello does not believe that the coronavirus is real, armed thugs invaded the hospitals attacking doctors, nurses and other health personnel.

Incredulously, when Pastor Enoch Adeboye, the General Overseer of the over five-million member Redeemed Christian Church of God, RCCG visited Bello on May 22, 2021, he praised his actions on the pandemic. The man of God told Governor Bello: “We are delighted by your show of faith in God, particularly in dealing with coronavirus. It takes a man of faith to have acted the way you did and we are very pleased with you.”

Pastor Adeboye, a man with a first degree in Mathematics, a Masters in Hydrodynamics and a Ph.D in Applied Mathematics surely knows about science. Rather than praise, he ought to have admonished Bello whose actions and inactions on COVID-19, like that of President Jair Bolsonaro of Brazil, tantamount to crimes against humanity because they not only endangered the lives of Nigerians, but also deliberately compromised humanity’s collective fight for survival against the evil pandemic.

The day Adeboye visited Bello, the world had witnessed about 167.2 million infections with over 3.47 million human beings dead; so, was this the voice of Pastor Adeboye or God?

I think when men of God meet secular leaders, they should like Prophet Amos insist that “justice rolls down as waters, and righteousness like an ever flowing stream” (Amos 5:24). Is it not said that righteousness exalts a nation?