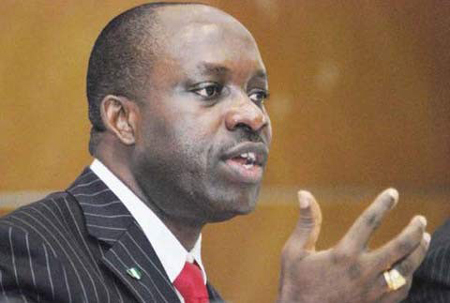 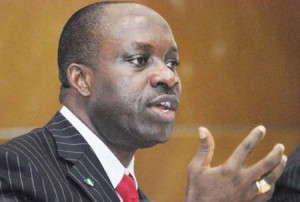 Thursday, November 19, was a memorable day for management and staff of Realnews, one of the fastest growing online magazines with the knack for investigative journalism in the country. On that day, the magazine marked its third year anniversary of robust journalism practice with a lecture delivered by Professor Chukwuma Soludo, former Governor of the Central Bank of Nigerian.

In his lecture with the theme: “Can a New Buharinomics Save Nigeria?,’ Professor Soludo urged President Muhammadu Buhari administration to dismantle all forms of subsidy in the oil and gas sector to allow for the implementation of free market enterprise. He advised Nigeria to follow the footsteps of countries like India, China, and Russia whom he described as fast learners who are trying to beat everyone to the ‘game’. According to him, fuel subsidy which the Nigerian government has been funding with tax payers’ money when it was clear the benefit was going to a negligible few in the economy has turned out to be a fraud which the Buhari regime must discontinue if it must make real progress.

He said: “We must pragmatically play this ‘game’. Our goal in this lecture is not to outline the elements of the “new” Buharinomics. We expect PMB and his new cabinet, especially the team on the economy, to unveil it soon. Thereafter, we can join the debate. Our central argument so far is that it has to be ‘new and bold’, and surely dismantling several of the policy concoctions that are badly hurting the economy now should be the starting point.
There are a few issues I would however wish to draw the attention of the team as they craft the ‘new’ agenda. In thinking about the competitiveness of an economy, I use an architectural framework that organises the issues around the meta-level; meso-macro level; and micro level.”
Soludo noted that the castle of the new Buharinomics cannot be built in the air, regretting, however, that the ground on which the government was hoping to construct a100 storey building of hope was shaky and shifting.

He noted that the immediate past administration of President Goodluck Jonathan bequeathed to Buhari the “ignoble status of Nigeria as a ‘High Alert’ failed state.
The former CBN boss observed that no sustainable economic progress can happen in a context where  the economy of the North East geopolitical zone was grossly degraded, while the South East has been desolate with kidnappers holding sway and most of the elite largely in ‘exile’, and now a resurgent movement for Biafra.

Maureen Chigbo, publisher and editor of Realnews, said that the anniversary lecture provides a forum for professionals to discuss burning issues affecting the country and world, and proffer solutions. To her, the crash in the price of crude oil in the international market, rising unemployment, depreciating value of the naira are all issues that need urgent attention of the Buhari administration in order to save the economy from imminent collapse.