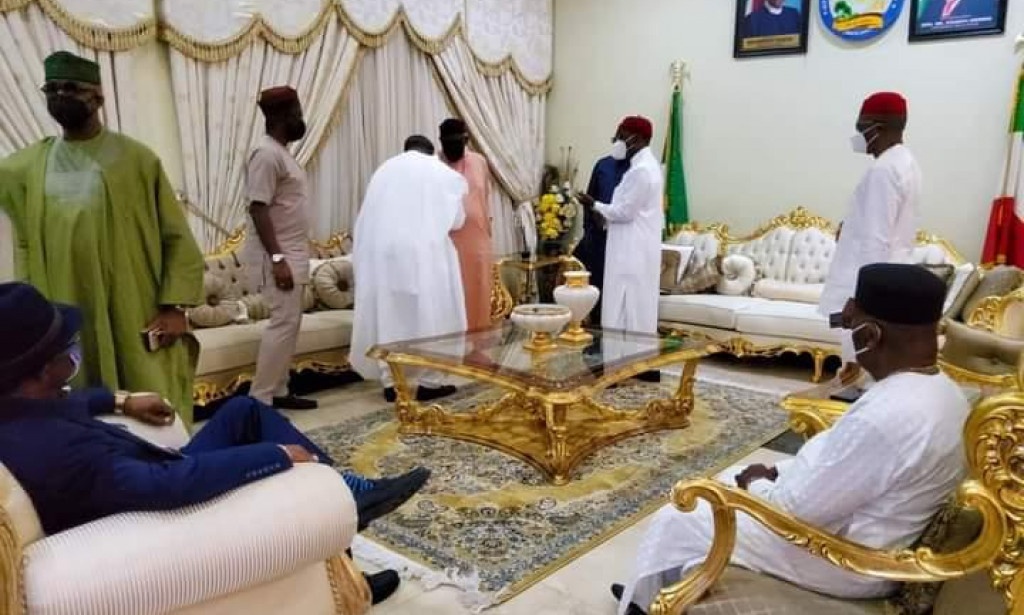 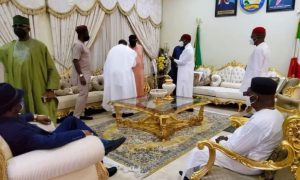 They were received by the host, Delta State Governor, Okowa as the tweet below shows:
17 Governors from the Southern part of Nigeria have arrived at the Delta State Government House in Asaba for the Southern Governors Forum Meeting.
— Delta State Government (@DSGovernment) May 11, 2021
Governor Sanwo-Olu’s spokesperson, Gboyega Akosile, in a statement on Tuesday said the meeting is an intervention by the governors to jointly brainstorm and address burning issues in the Southern part of Nigeria.
The regional security meeting is holding less than twenty hours after Governor Sanwo-Olu hosted a very crucial stakeholders meeting on security in Lagos, to address the challenges posed to the state.
Like Lagos, the Southern Nigeria Governors Forum meeting is expected to critically evaluate the current security situation in the country, the implications for Southern Nigeria and proffer an immediate and long-term solution so as to keep the region safe and secure for the citizens.
The Southern Nigeria Governors Forum is the umbrella body for all the seventeen governors in the South-West, South-South, and South-East geo-political zones of Nigeria.