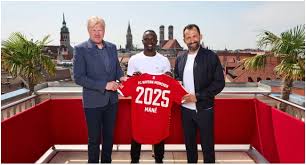 FC Bayern have confirmed the signing of SadioMané from Liverpool. The 30-year-old attacker has agreed on a contract with the German record champions until 30 June 2025.

Herbert Hainer, FC Bayern president disclosed this on Wednesday  “SadioMané is a global star, who underlines the appeal of FC Bayern and will increase the attractiveness of the Bundesliga as a whole.”

“Fans come to the stadiums to see such players. It’s great that our board led by Oliver Kahn and HasanSalihamidžić have managed to sign a player like SadioMané for FC Bayern.”

“I’m really happy to finally be at FC Bayern in Munich. We spoke a lot and I felt a big interest from this great club right from the beginning, so for me, there were no doubts” Mnae said. 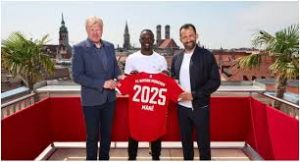 “It’s the right time for this challenge. I want to achieve a lot with this club, in Europe too. During my time in Salzburg, I watched a lot of Bayern games – I really like this club!”

In 2016 Mane signed for Liverpool, with whom he won the Champions League, UEFA Super Cup and FIFA Club World Cup in 2019.

He also played a leading role in the English giants’ long-awaited Premier League title in 2020. Last season Mané collected the EFL Cup and FA Cup, as well as being a runner-up in the Champions League and Premier League.

The forward made a total of 269 competitive appearances for the Reds, scoring 120 goals.