Rumblings in PDP over Sheriff 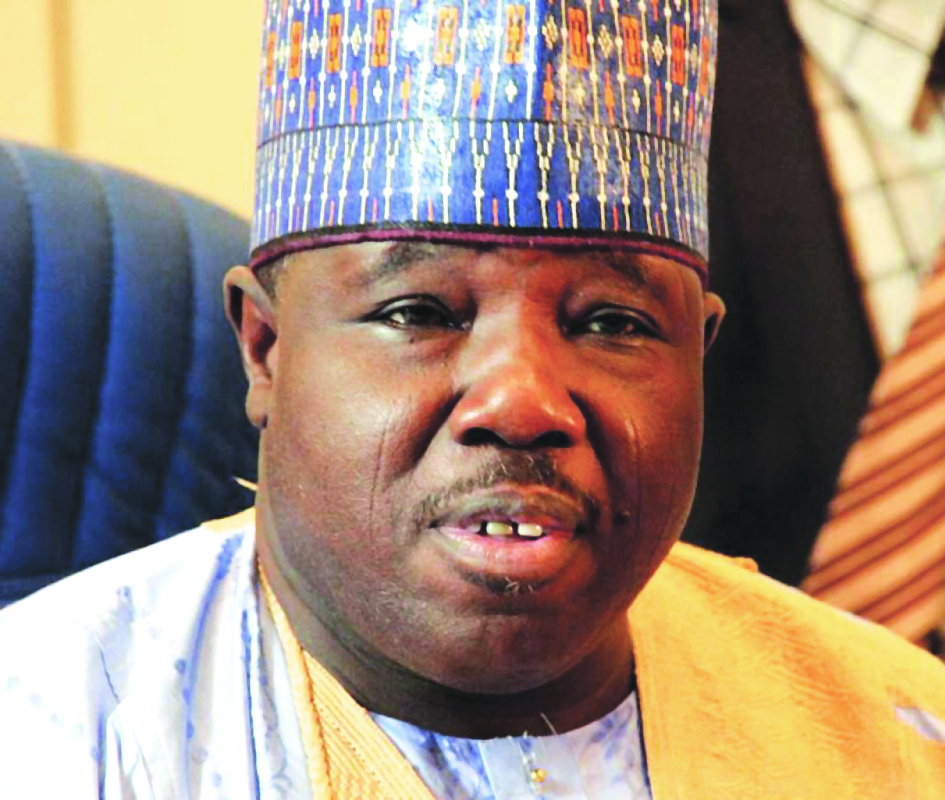 After several months of protracted leadership crisis, the power brokers of the People’s Democratic Party (PDP) shocked political pundits in February when it chose Senator Ali Modu Sheriff, former governor of Borno State as the national chairman of the party under controversial circumstances.

Indeed, to most political watchers and party hardliners, the emergence of Sheriff   as PDP’s national chairman is not a true reflection of the wishes of majority of party members. Expectedly, the choice of the former chairman of the Board of Trustees (BoT) of the defunct All Nigeria Peoples Party (ANPP) who defected to the PDP last year has drawn the ire of many party faithful across the country, with many demanding his resignation. Critics argue that Sheriff, one of the most frequently defected politicians in the country, is the wrong man for the job.

Prominent leaders of the party under the aegis of PDP Rescue Group led by Ambassador Wilberforce Juta, asked him to step down to save the opposition party from further embarrassment. The group warned the National Working Committee (NWC) of the PDP not to attempt to extend its tenure beyond March. “It is, therefore, critical if the PDP must get back to national reckoning, that we model its leadership on the platform of honesty as required by the party manifesto. To this end, we call on all the party organs to rise to the challenge by insisting on the reversal of what was clearly an imposition of Senator Sheriff on the party,” Juta said. According to him, leaders of the party, especially the founding fathers of the PDP, will not allow the present threats to the survival of the party continue.

The group urged all major party organs including the state and zonal chapters, Board of Trustees, National Caucus, NWC, National Executive Committee, and other groups such as National Assembly caucus, PDP Ministers’ Forum, PDP Governors’ Forum, G-34 as well as PDP leaders, past and present, to immediately embark on a search for persons with high integrity, strategic insight and fear of God to lead the party.

The group added: “We are upset over the decision of the NEC of the party on its appointment of Senator Ali Modu Sherrif as the new national chairman of the party. We are convinced that this decision by the NEC was against the will and wishes of the generality of faithful members. We know for a fact the North-east zonal wing, having been directed by the national caucus of the party to forward nominees from the zone, did not nominate Senator Sheriff for the position of national chairman.

“In the interest of PDP and the country, Senator Sheriff should do the needful by stepping down honourably, as it is evident that party members nationwide overwhelmingly have rejected his imposition.”

It also called for an early congress and national convention to elect party leaders, as the term of the current leadership would end in March this year.

Similarly, PDP Former Ministers Forum led by the ex-Minister of Special Duties, Kabiru Tanimu Turaki, met in Abuja and restated their rejection of Sheriff as national chairman of the party due to the illegitimacy that brought him to power. In their resolution after the meeting, the forum, however, relaxed their stance on Sheriff’s resignation but called for the conduct of congresses at all levels of the party leading to the national convention to be held on March 28, so as to return power to the people.

Worried by the rumblings in the party, another group made up of members of the PDP Governors’ Forum, its Board of Trustees (BoT), National Assembly caucus, and the NWC held a reconciliatory meeting at the Ondo State governor’s lodge in Asokoro, Abuja. It was at that meeting that a compromise arrangement was made. The party leaders agreed to hold a national convention in May that would usher in new executives to superintend its affairs.

Dr. Olusegun Mimiko, one of the PDP governors who brokered the peace deal said the PDP resolved to end the crisis over its leadership and forge ahead as one family. “We have put behind us all the controversies in the last few days and I want to assure you that we are together as a party. We have also mandated the national chairman and the National Working Committee to put in motion immediately the processes of ensuring that within three months, a national convention of our party is held,” he said.

The Chairman of the BoT, Senator Walid Jibril, also said his colleagues had agreed to back down on their rejection of the new national chairman and cooperate with other organs to actualise the national convention in May, this year. He called on all aggrieved members of the party, including former ministers of the party to sheathe their swords and embrace the leadership of the party.