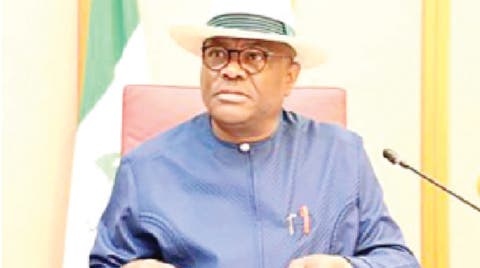 Some road sweepers working for the Rivers State Waste Management Agency (RIWAMA), on Tuesday, staged a peaceful protest over alleged illegal deductions from their monthly stipends. Some of the sweepers attached to the Ikwerre Road in Port Harcourt, who spoke to journalists, claimed that they were being paid N5,000 instead of the N10,000 they were receiving before now.

They said the refusal of the contractor to pay them their complete stipends for about four months was adversely affecting them and their families, and called on the state government to intervene in the matter. Another sweeper said they cater for their children’s educational needs from the N10,000, which was even small compared to the risky work they do.

She stated, “We have been complaining that the N10,000 is small for us to pay school fees from. From May till now, they have been paying us N5,000 because of COVID-19, according to them. We want our complete money. We are using it to support our husbands, to pay house rents and school fees too. The government should help us.”

In its official statement, RIWAMA said that it had terminated the contract of one of its service providers, Rex-Bere Nigeria Limited, over non-performance and allegations of short-changing the sweepers.

The media aide to the Sole Administrator of RIWAMA, Jerry Needam, said in the statement, “The Sole Administrator of the Rivers State Waste Management Agency, Bro. Felix Obuah, has terminated the contract of a service provider with the agency, Rex-Bere Nigeria Limited, for non-performance and allegations of short-changing the road sweepers.”

Needam said the sack of the service provider, which was in charge of the Ikwerre Road, from the Education Bus stop to Rumuokwuta and Rumuokoro, was due to the inability to keep his zone clean. He said repeated warnings to the contractor had not been heeded.