Facts have emerged from last meeting between the Federal Ministry of Youth and Sports Development and the Nigeria Football Federation (NFF) which also had a representative from the Presidency in attendance.

The Ministry had earlier queried the NFF over the failure of the Super Eagles to qualify for the 2022 World Cup Finals in Qatar. 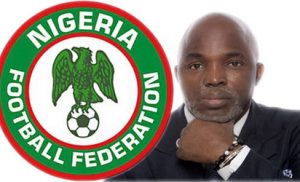 The meeting gave the NFF the opportunity to provide some explanation after the Minister, Sunday Dare spoke about the disappointment over the failure to qualify, insisting that it was regrettable and that Nigerians have a right to be disappointed and demand an overhaul of the Super Eagles.

The Minister maintained it will not stop there as it is now determined to overhaul the football ecosystem.

The meeting took an interim report and review of the failure to qualify for the World Cup.

Further serious deliberations took place on a number of practical steps that should be urgently taken to reposition Nigerian football and rescue it from its current state from the grassroots, the leagues to the national teams.

Sources disclosed that the Minister pointedly requested an immediate status report on the league after which further actions will follow.

The Ministry also revealed that as soon as the reports are expected to come in some major decisions will be made.

The Minister sources at the meeting further said that even though there was a deliberative process and decisions taken, the failure to qualify for the World Cup in Qatar is an opportunity to begin that difficult process of fixing the source of the problems that have plagued Nigeria’s football development.