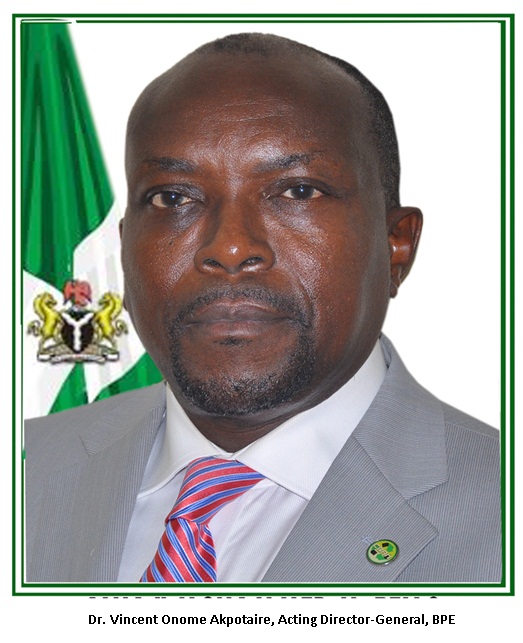 The media is a significant part of the reforms being carried out by the Bureau of Public Enterprises (BPE), the Acting Director General of BPE -Dr. Vincent Onome Akpotaire said this at an interactive session with the Finance Correspondents Association of Nigerian (FICAN) in Abuja on Thursday, March, 2017.

He said that the nature of the Bureau’s function requires a buy-in from the public through thorough and continuous enlightenment by the media.

Akpotaire stated that the task of informing and enlightening stakeholders and influencing the perceptions of the general public was though tasking, not insurmountable through the efforts of the media.

He pledged an open door policy which would continuously make information available to the media and by extension to the public. The Acting Director General buttressed this point as he recalled the recently conducted bids opening exercises for the restructuring of the Nigerian Commodity Exchange (NCX) which had a strong media presence for the purpose of monitoring transparency and information dissemination.

The Chairman, FICAN, Simeon Ogoegbulem reaffirmed the media’s dedication to information dissemination. He said that he and his colleagues would not relent as their profession bordered on trust and conscience.

He stated that through responsible reportage and investigative journalism with the aim of reaching the audience at every touch point, Nigerians would be continuously enlightened about the reforms programme.

To this, the Acting Director General stated that through the media, Nigerians can truly own the privatisation and reforms process.