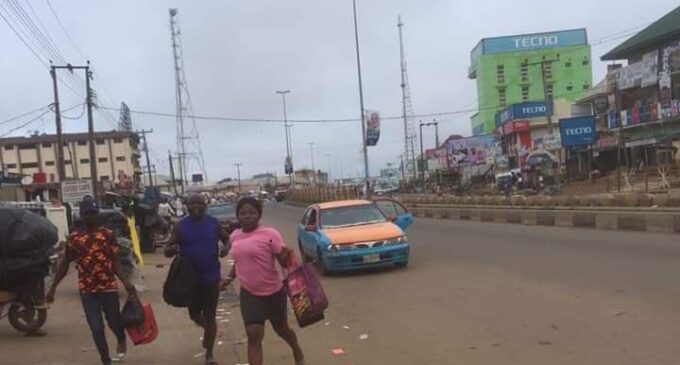 There was pandemonium in the Ondo State capital, Akure, on Sunday morning when supporters of the ruling All Progressives Congress (APC) and those of the People’s Democratic PartyPDP) clashed again ahead of the October 10 governorship poll.

PREMIUM TIMES gathered many have been injured in the bloody attack that was said to be a reprisal of the killing of an APC member in Oba Nla area of Akure on Saturday night.

Due to heavy shooting along Oba Adeshida road in Akure, motorists have stopped plying the road for safety. The fight, according to residents, has also spread to Erakhale area of the capital.

PREMIUM TIMES gathered that various vehicles belonging to the APC and PDP have also been vandalised in the process.

The clash is coming just five days to the governorship election in the state.

The police spokesperson in the state, Tee-Leo Ikoro, told our correspondent that police officers are on their way to the scene of the violence.

This newspaper had reported a series of violent clashes in the state ahead of the election.

Some civil society organizations have also warned that the election may be marred with violence.