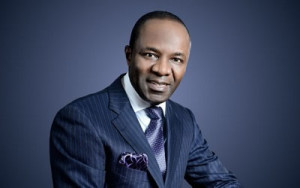 The plummeting crude oil price in the global crude market is hurting Nigeria, as well as many other oil producing countries, Minister of State for Petroleum Resources, Dr. Ibekachikwu, has said.

With crude oil which sold above $100 per barrel in 2014, now selling below $30 per barrel, oil and non-oil producing countries are struggling to cope with the slump, Kachikwu told Bloomberg Television.

According to him: “Everybody is in pain. It doesn’t matter where you are, whether you are producing or not producing, we’re all in pain. The producers are not all Nigerians, they come from the western countries, and they are also in pain. So, the pain is there”.

He stressed that even oil producing giants such as Saudi Arabia and Russia are equally struggling at the moment due to the oil price crash.

“I think everybody’s hurting. I mean and even the Saudi’s will prefer to tell you the sort of numbers they expect – nobody expected those sorts of numbers. The Russians are pumping. They are also suffering, at some points, realised that countries don’t make investments in oil.

“So, they should understand that it is whether they are willing therefore to be the bleeding guy on the block – that is the issue.

Kachikwu disclosed that members of the Organisation of Petroleum Exporting Countries (OPEC) are working on an emergency in March, the minister said that there is a lot of energy around it, lots of majority of members want it.

“But having said that, the rule, of course, is that we are not going to have a meeting unless almost an absolute majority calls for it, right now, it is looking sort of uncertain. And I think the chances are more that we are going to do the June meeting, which is already fixed.

“Well, the Saudis are still keeping to their position, we are not the problem. We are trying to let every other person who is an active player here, sit down to talk so we can all collaborate and they do have a point in terms of that. It is just that, however, the market is reacting so negatively to any perception of OPEC inactivity, as it were and that is blocking the market.

“Well, I have not said March is off the table – it is being worked, but I can’t say to you we’re going to have a meeting in March unless a March meeting has been fixed,” he declared.

Asked whether the production cuts were realistic or not, he stated: “Well, for me, I think it is more a meeting for parties to sit down and talk, talk and say what is the future of oil. Everybody emphasizes price, but price is really not the issue”.

The minister however expressed hope that the government is ready to seize opportunity of the situation to explore other opportunities outside oil. “This is an opportunity. We are lucky to have a very visionary leader at this time. It could have been worse. He is pretty simple, however, he is very focused,” he added.