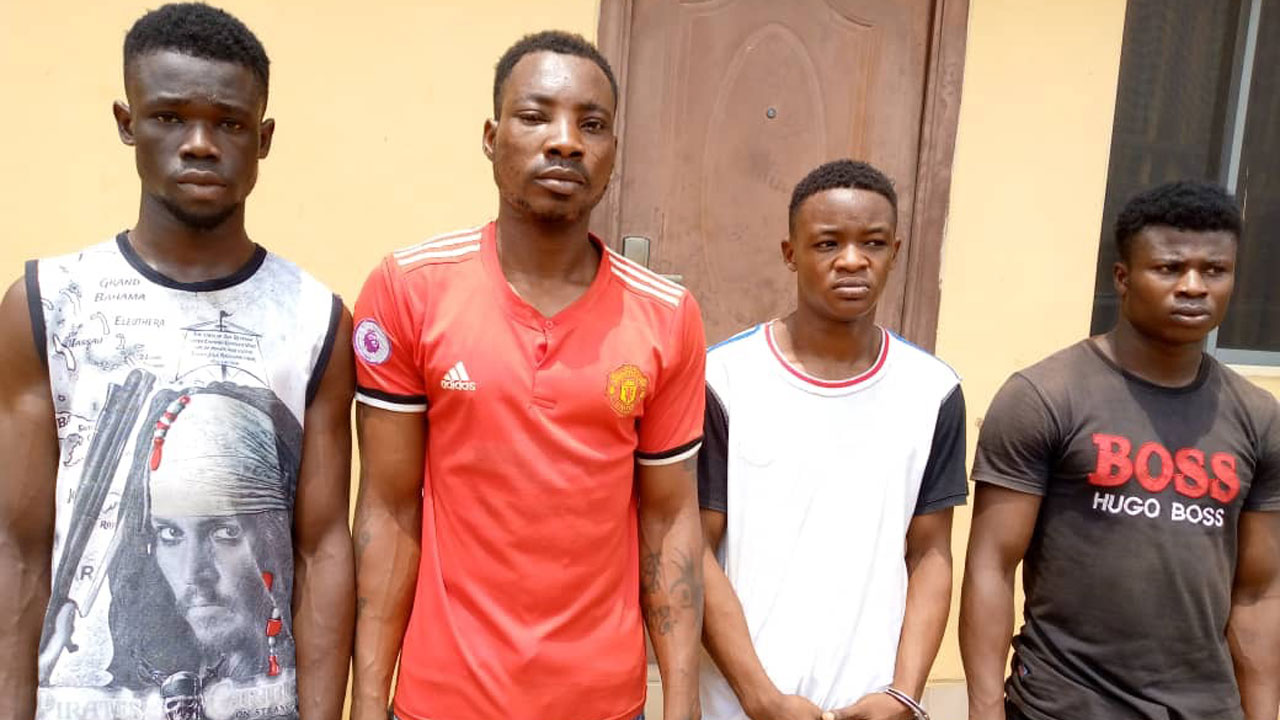 Men of the Ogun State Police Command have arrested four members of a kidnap syndicate for abducting a 13-year-old girl in the Onipanu area of the Ado-Odo-Ota Local Government Area of the state.

The Police Public Relations Officer in the state, DSP Abimbola Oyeyemi, disclosed this in a statement on Tuesday. 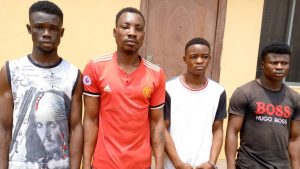 Oyeyemi said the suspects, John Nelson, 21; Adeleke Ayotunde, 29; Adekunle Basit, 20; and Abbey Fagbemi, 20, were arrested following a complaint lodged at the Onipanu Divisional Police Headquarters by the father of the victim, Adejuwon Odunowo, who complained that his daughter was sent on an errand by her mother around 6.30pm last Thursday, but she did not return home.

The PPRO said, “The father of the victim stated that he later received an anonymous phone call, with the caller demanding the sum of N500,000 as ransom if he ever wanted to see his daughter again.

“Upon the report, the DPO, Onipanu Division, CSP Bamidele Job, detailed his crack detectives to embark on intelligence and technical-based investigation in order to unravel those behind the devilish act.

“On Saturday, May 8, 2021, the detectives successfully traced one of the suspects to the Cele area of Ota, where he was arrested.

“His arrest led to the apprehension of two other members of the gang at a factory in Ota. It was then discovered that the victim was being kept in a room owned by Adekunle Basit. Detectives swiftly moved in there and rescued the victim unhurt.

“The leader of the gang, Abbey Fagbemi, who fled immediately he heard of the arrest of his gang members, was later arrested around 7.30am on Monday, May 10, 2021. The victim has since been reunited with her family.”

The PPRO said the Commissioner of Police, Edward Ajogun, expressed satisfaction with the quick response of his men to the incident.

Oyeyemi added that the CP ordered the immediate transfer of the suspects to the anti-kidnapping section of the state Criminal Investigation and Intelligence Department for discreet investigation and prosecution.

“Ajogun also appealed to members of the public to adhere strictly to security advice given by the command in order not to fall victims of kidnap syndicates,” he said.