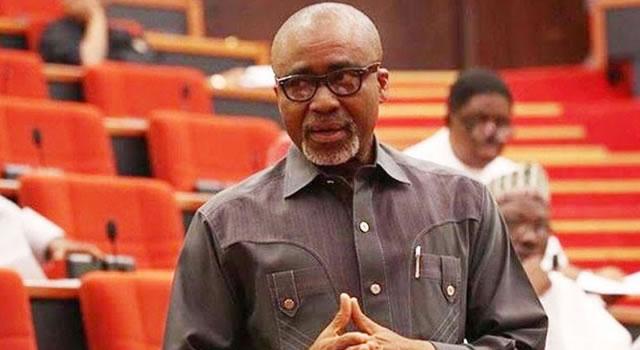 Senator Enyinnaya Abaribe, the Senate Minority Leader, has warned that no amount of threats against Ndigbo will deter them from demanding fair treatment in Nigeria.
He also advised the country’ s two major political parties not to utilize the current insecurity in the South- East to deny the region a presidential ticket in 2023, saying that no region was immune to  crisis.
Abaribe, who spoke at the inauguration of the Igbonine Organisation, a group lobbying for a president from the South- East, in Enugu on Monday, bemoaned the fact that the Igbo had been pushed to the country’ s periphery.
Every Igbo person, he claims, believes they are a part of Nigeria, which is why ” we also want to aspire to be president of Nigeria. “
“No one should tell us that the Igbo cannot be President of Nigeria in 2023 because of insecurity in the South- East. He advised against applying various standards to different people in the same country.
“When Buhari was elected president, was there no unrest in the North- West? During President Goodluck Jonathan’ s presidency, Boko Haram nominated Buhari as their negotiator.
” No danger should deter Ndigbo from persistently demanding equitable treatment in Nigeria and what is rightfully theirs. We are Nigerians, and we deserve everything that is rightfully ours, including the presidency, ” he added.
The senator argued that only restructuring could help the country overcome its myriads of  problems.
” If restructuring is the majority position in Nigeria today, then Ndigbo’ s minimal demand in Nigeria cannot be anything other than restructuring.
” We cannot live in a country where my own child would be expected to score 120 percent in order to enter a unity school, while another child from another country will be asked to get only two points, ” he stated.
The Igbo, according to Abaribe, desired a united homeland where they would be free of discrimination.
In a keynote address titled, ” What do we want? ” the event’ s guest speaker and 2019 presidential candidate, Kingsley Moghalu, said  despite the Igbo’s marginalization, the tribe must continue to “resist any hegemonic worldviews in Nigerian politics” and assert its political relevance through persuasion combined with firmness and partnerships with other ethnic groups.
The former deputy governor of Nigeria’ s Central Bank went on to say that the Igbo must demand that power be rotated to Southern Nigeria in 2023, and that they have a compelling case for a president of South-East extraction.