Nigerians in UAE forced to leave 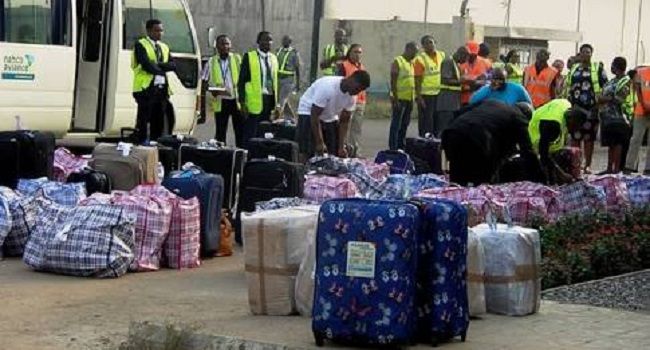 In what appears to be a xenophobic agenda, Nigerians residing in the United Arab Emirates (UAE), have confirmed that those of them whose work permits were not renewed have been technically asked to leave the country immediately. This is contrary to the claim by the UAE embassy in Abuja which said that the suspension of issuance of travel documents was due to  COVID-19 regulations.

The affected and stranded Nigerians have reported that a certain travel agency, Flywood Travel and Tours, had posted on it’s website that all previously issued visas to Nigerians  had been revoked; and that those already living in the country  would also suffer the same fate.

An anonymous Nigerian resident who lamented grievously said, “I came in on a two-year visa plan and got a job. When my visa expired, my employer tried to renew it, but the company said the application bounced back, and there is nothing they can do” He said he would soon lose his accommodation and would be forced to return to Nigeria.

Other Nigerians in the same helplessness have also attempted to contact the UAE Immigration officials, who replied  that they do not know what was happening. They also  called  the Nigerian embassy UAE but they did not respond to either phone call or e-mail.

The ill-treatment of Nigerians by UAE government may have to do with the stigmatization of Nigerians who do a lot of crazy things, the most recent case being the Hushpuppy scandal which painted Nigeria in despicable colours. It is would be fair enough for UAE to sort out the ‘wheat from the tars’, as there is no yardstick to condemn a whole country.