NCC Says That Nigeria is Ready to Deploy 5G Network 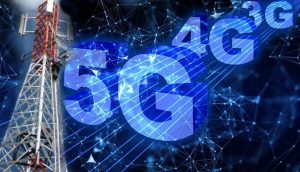 Nigerian Communications Commission (NCC) has announced that the country is now ready for the rollout of 5G services across the nation. This was made known by the Executive Vice Chairman (EVC) Prof. Umar Danbatta. The NCC’s green light for 5G rollout according to Prof. Danbatta is part of the fulfillment of its commitment to “put Nigeria on the frontline as a technology-driven economy.”

Danbatta said that the Commission had finally completed its preparations – “crossed all the Ts and dotted all the Is” – and is currently awaiting approval from the Federal Government to begin rolling out 5G services.

The announcement was made during a public inquiry on the draft frequency spectrum (fees and pricing, and annual operating levy regulations) held in Abuja during the week.

Justifications for the NCC’s decision to begin rollout plans across the country were solidified after a series of pre-trial 5G rollout exercises conducted by Airtel and MTN Nigeria. Danbatta further explained that the Commission is now ready for the rollout and had already submitted a proposal to the Federal Government for approval.

Danbatta also said that, since the three frequency bands required for 5G coverage had already been assigned for deployment, Nigeria could no longer afford to be left behind by other nations who had already begun their 5G rollout and demand for emerging technologies across the globe.

After two 5G trials conducted by MTN and Ericsson in 2019, with the supervision of the NCC, Nigeria’s Upper Legislative Chamber, the Senate, approved the deployment of 5G networks in the country.

The Senate had agreed that the technological impact that was promised with 5G would “revolutionise Nigerians’ ways of life”, with expected positive changes from education to agriculture, security to entertainment, and governance in general if the technology is deployed.