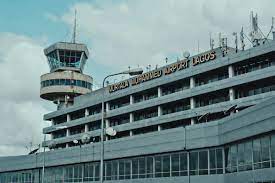 The international wing of the Murtala Muhammed International Airport, Lagos, was temporarily shut in the early hours of Thursday after the mangled body of a dead man was found on Runway 18R of the nation’s flagship airport.

The identity of the corpse could not be ascertained as of press time. Also, it could not be established whether the dead man was knocked down by an aircraft taking off or landing on the runway.

However, airport officials have said that the runway was temporarily shut down while a team of officials from the Federal Airports Authority of Nigeria and the Nigeria Police Force evacuated the corpse from the runway.

During the temporary shutdown of the runway, international flights were prevented from landing and taking off from the airport’s international terminal.