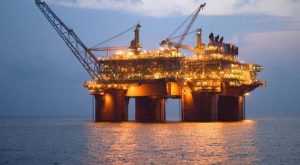 The Nigerian government introduced the marginal field development programme in 1996 to help grow the country’s oil and gas production by divesting the majors of dormant discoveries and making the same available to indigenous operators who are nimble enough to venture into neglected terrains. The programme has seen Shell, Total, Agip, Chevron and others surrender fields which are then allocated to marginal field operators in bid rounds. A corollary to the programme is the development of local content in the oil and gas industry, and it is no coincidence that the Nigerian Content Act came into force in 2010, five years after the marginal field initiative was introduced. Among other things, the Act aims to address over 50 years of capital flight of some $380 million, 2 million job losses and less than 5% in-country value addition in the oil and gas industry in Nigeria. The marginal field development programme is a sure platform for the achievement of these ideals, and it is reassuring that Nigeria achieved 30% local content in the oil and gas industry in 2017, and hopes to take this to 70% by 2027.

The aspiration to increase Nigerian content will however, not materialise if the stock of marginal field operators dwindle not just because of the harsh operating environment but because of counter-productive pronouncements and actions by regulators. This refers to the revocation of the licenses of 11 marginal field operators by the Department of Petroleum Resources (DPR) on 6th April 2020, because according to the regulator, the fields were not developed 15 years after allocation. The operators are Associated Oil & Gas Ltd/Dansaki Petroleum Ltd, Bayelsa Oil Co. Ltd, Bicta Energy & Management Services Ltd, Del-Sigma Petroleum Nigeria Ltd, Eurafric Energy Ltd, Goland Petroleum Ltd, Guarantee Petroleum Limited/Owena O&G Ltd, Independent Energy Limited (IEL,) Movido E&P Ltd, Sahara Energy Ltd/Africa Oil and Sogenal Ltd.

A decision of this magnitude was conveyed through email! Apart from complaining about the mode of communication, the operators say it is not true that the fields remained idle. They point to domestic and foreign investments totaling USD278 million, resulting in the production of 232,389 barrels from approximately half of marginal fields that the DPR alleged are lying fallow. In fact, it was said that, at the time the DPR emailed the revocation notice, some barrels of oil were being stored in flow stations and terminals waiting to be evacuated or exported. In addition, some marginal field operators were continuing to drill and test wells and construct production facilities. So what really happened? Why the haste and tardiness?

The revocation could not have come at a worse time. The covid-19 pandemic was at its peak when the DPR decided to act. As at April 11, 2020, that is five days after the revocation, the pandemic had claimed 107,781 lives and infected 1,763,578 people, of which these figures have risen exponentially as you read this. Figures from the Asian Development Bank show the global economy lost from $77 billion to $347 billion, just as the International Development Bank warned that 38 per cent of workers worldwide risked being laid off. Covid-19 led to the lowest crash in oil price in 18 years. The Nigerian economy reeled from the impact of covid-19, triggering an ever-rising inflation and job losses. Nigeria’s marginal field operators had to navigate through these choppy waters to stay afloat. Indeed, they not only stayed afloat but took concrete steps to produce oil. Two examples will suffice.

Bayelsa Oil Company Ltd is one of the first and few state oil concerns in the South South geo-political region, and was awarded the Atala field in OML 46 in 2003. It operates the field in partnership with Century Exploration and Production Ltd. The team has invested over USD 83 million in the operations leading to a cumulative production of over 106,000 barrels of oil. Current oil production from the field is 20,700 barrels while a field development plan has been submitted to DPR for the drilling of three more wells. The other example is Eurafric Energy Ltd, which commenced operations in August 2004. It operates Dawes Island in OML 54. The company invested some USD20 million and has produced 90,000 barrels. Plans are in progress to produce more oil from the fields.

On the soft side of the business, the companies have invested hugely in the development of host communities, building roads and schools, training and employing locals and adding value to life in the communities. It was difficult to swallow the reason for the relocation which was why the companies went to the Federal High Court in Lagos in June 2020 and secured an injunction against re-allocation of the affected blocks in the latest marginal bid rounds.

The impact of the revocation of the 11 oil blocks goes beyond oil production. The exposure to Nigerian banks by these marginal field operators comes to USD278 million. This could trigger the collapse of a bank in Nigeria. Again, the marginal field operators have arranged partnerships with foreign companies, as is common in the oil industry, to grow their assets. A foreign investor who has brought his hard-earned cash to Nigeria will not be amused to see the email from DPR, and will take steps to reclaim the investment through costly arbitration processes, which will be played out on the pages of newspapers and social media platforms. Did the DPR consider that we will be driving away foreign investors at a time the Nigerian government is doing all it can to attract such inflows?

Perhaps, these considerations prompted a rethinking that the government will re-consider the revocation of the 11 licenses if the operators withdrew the cases in court. The Director of DPR, Mr. Sarki Auwalu, appeared on a programme on Arise TV and confirmed this hint, saying the government was disposed to reviewing the revocation if the cases were withdrawn. The operators responded to the gesture by withdrawing the cases. Now the operators are waiting; Nigerians are waiting; the world is watching and waiting. The DPR has yet to react, and is going ahead with the latest bid round involving 57 marginal fields. The regulator should accept the fact that, as long as the cloud on the hasty and unfair revocation of the 11 marginal fields does not lift, efforts to grow Nigeria’s oil production will remain stymied, with investors taking their capital and technology to safer climes, where contract terms are respected.