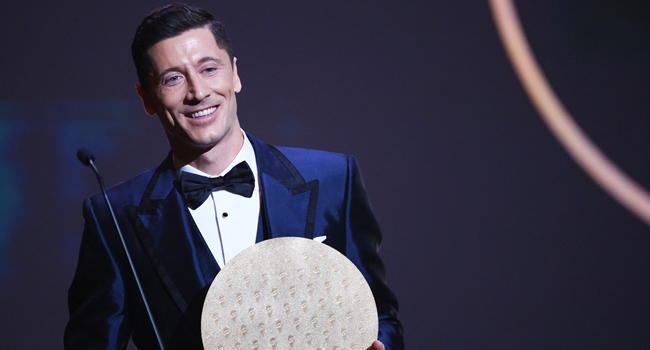 Bayern Munich’s Roberto Lewandowski has won the Striker of the Year prize at the 2021 Ballon d’Or awards.

The Bayern Munich striker pilfered a Bundesliga record of 41 goals in just 29 games last season to eclipse the long-standing mark set by the late Gerd Mueller. 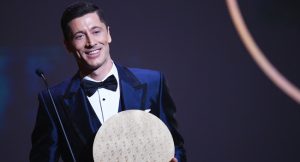 Lewandowski, 33, scooped FIFA’s prize for best male player of 2020 and has the backing of both coach Julian Nagelsmann and Bayern team-mate Thomas Mueller after a prolific start to the new campaign.

Already, the player has scored 25 times in 20 appearances this season.

Messi and Cristiano Ronaldo have combined to win 11 of the past 12 editions of the Ballon d’Or, the lone exception in 2018 when Luka Modric helped Real Madrid to another Champions League triumph and inspired Croatia to the World Cup final.