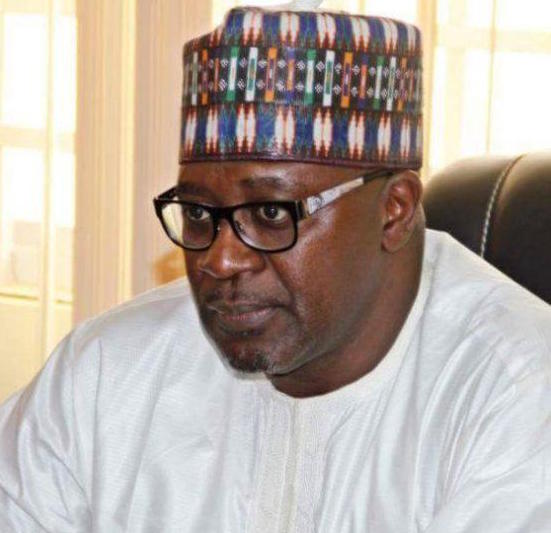 The past 48 hours, have seen an explosion of stories, pictures, videos and memes, about Kashim Shettima, the Vice Presidential Candidate of the APC. These have been directly sourced, from his dressing, at the conference of the Nigerian Bar Association, in Lagos, on Monday. For the social media denizens, it was an opportunity to humour a leading Nigerian politician, as is the habit, with the younger population. They live in a unique bubble, a world that allows them to indulge their fancies. We can all laugh heartily about the object of their indulgence, before they move on to another target. And they invariably move on!

There’s a second group, that was out to profit from a negative casting of Kashim Shettima; and that’s the opposition. The central idea for them, was to draw attention away, from the cerebral contributions that he made, at the event. Who was out there that wasn’t impressed at the manner Kashim Shettima spoke to the problems that bedevil our country; his marshaling of the relevant statistics to emphasise his point; and the various examples of achievements clocked in Lagos and Borno States, during the administration of Bola Tinubu and Kashim Shettima himself, respectively?

When he said they would hit the ground running, after winning the elections in 2023, the surety of his assertion hit the right notes, with the learned audience of Nigerian lawyers. But it struck the panic button with the opposition! Even the most committed supporter of the opposition, must have been taken aback, by the pedantic contributions of Peter Obi, for example. It was clear, that you cannot give what you don’t have. And in this case, the opposition doesn’t have the requisite know how, the breadth of vision and the can-do surety, which Nigeria desires, as we transition to a new administration, in 2023. It was that surety, which marked Kashim Shettima’s speech at the Bar Conference; and consequently, it was the reason that a game of diversion was concocted. But Nigerians are not as gullible as these politicians often think!

By taking attention away from Kashim Shettima’s remarkably intelligent disection of the current realities of the Nigerian polity, they actually shot themselves in the foot. They have, to their chagrin, helped Nigerians to go beyond the surface, to see through their subterfuge, to a greater appreciation of the man, Kashim Shettima, and his competent understanding of the complex realities that we face; the challenges of surmounting them, and the required political acumen; experience and knowledge, to begin to offer solutions. It was only a man that’s filled with the optimism that comes from knowledge; from an understanding of the issues to deal with; and filled with the requisite capacity, that would tell the Nigerian people,that they would hit the ground running. When people look at the antecedents, from Lagos and Borno, they feel comfortable, that they have the right people seeking to lead our country, in Bola Tinubu and Kashim Shettima.

By the surety of his presentation, Kashim Shettima fatally let lose a cat amongst the pigeons of the opposition, and their response is to attempt to turn the issue from the substance that was befitting, for the distinguished gathering of Nigeria’s lawyers. What was at stake on Monday in Lagos, wasn’t a platform to joke, it was to offer a peek into the know-how that the political elite was bringing to the table. And from that standpoint, Kashim Shettima was an excellent representative of the most patriotic commitment, to the service of the Nigerian people. That’s the main feeling that several lawyers had, after they heard Kashim Shettima’s very learned speech, and no pun is intended!

With Kashim Shettima, what has always been central is service to the Nigerian people. He devotedly served, in some of the most critical years of the Boko Haram insurgency. He was always on ground in Borno, to provide leadership from the front; to offer succour and the assistance to rebuild shattered livelihoods; he gave the Nigerian security forces remarkable levels of assistance, to aid the fight against the insurgency; and he recorded incredible levels of development, that surprised people in Borno, and those who took time to visit. And above all, he displayed a remarkable judgment of character, which helped in the unique leadership recruitment, that gave Borno, the highly celebrated successor to Kashim, in Professor Babagana Umara Zulum.

A lawyer friend of mine, called from Lagos on Mobday evening, to express pleasant surprise at the depth of erudition, which Kashim Shettima displayed, at their Conference. I told him, that Kashim reads! He has an impressive library; and whenever he travels around the world, the first places he tries to locate are the bookshops! He would call me from various locations, to send addresses of bookshops; and he would return with juicy titles, that he won’t just read, but would willingly debate! My lawyer friend concluded, after listening to my assessment, that in Kashim Shettima, the Jagaban Borgu, Bola Ahmed Tinubu, has made a very informed choice of running mate! Very few people would dispute that conclusion.

So by all means, let those who want to, enjoy the jokes about Kashim Shettima’s dress. For the opposition, that’s all they can offer. Even before the elections are held, the optics are very negative for them. It’s clear that they cannot get their acts together; that’s why they run around aimlessly, like headless chickens. As for Kashim Shettima, those who think deeply, know, from the evidence of his erudite statement at the Nigerian Bar Association’s Conference, that dress didn’t diminish the man whatsoever. His intellect; the breadth of his vision; his record of achievements; the maturity of his views, and the surety of his perspective, all underline his credentials, as the in-coming Vice President of Nigeria, in 2023. By that time, the issue would not be about the dress he wears, but the competence with which the Tinubu-Shettima team, would begin to solve problems of national development in our country.