One week after a marathon meeting with leaders of Nigeria’s security team, the House of Representatives, yesterday, lamented rising insecurity in several parts of the country, especially Kaduna, Benue, Taraba and Plateau states.

The lawmakers took turns to criticise the action and inaction of President Muhammadu Buhari, restating their earlier call for a declaration of emergency on security. 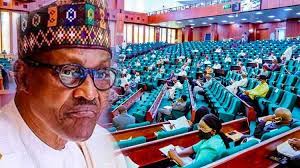 This is coming a day after the Northern Elders Forum demanded the immediate resignation of President Buhari over killings across the country.

Placing a handle on the dire straits regarding the state of the nation, at least, 2,968 people have been killed, while 1,484 were abducted in the country from January to March 2022, according to data released by the Nigeria Security Tracker (NST). NST, a project of the Council on Foreign Relations, gathered data through weekly surveys of Nigerian and international media.

The North-central region recorded the second-highest number of murders with 984 killed during the period, while in the Northeast, 488 were killed.

In the Southeast, 181 were killed during the period under review, while in the Southwest and South-South regions, 127 and 85 people were killed respectively.

Terrorists, locally called bandits, have been attacking and killing thousands of people in the Northwest since 2017. These assailants have attacked rural dwellers, destroyed their farmlands and in many cases only allow them to the farm after they have paid protection fees. They have also targeted travellers across the region in what is one of the most lucrative kidnap-for-ransom syndicates on the continent.

Assailed on all sides with escalating insecurity in the country, the Federal Government, yesterday, blamed it on an ‘unholy’ collaboration between bandits and Boko Haram, as it said fighters of both groups have joined forces, leading to an increase in terrorist activities being witnessed across the country.

The Minister of Defence, Magashi, disclosed this while briefing journalists after the week’s Federal Executive Council (FEC) meeting presided over by President Buhari. He stated that the attacks on the Abuja-Kaduna train and rail track, and other recent attacks in the North were carried out by joint forces of bandits and Boko Haram members working in unison.

“What is happening now is that there is a kind of an unholy handshake between bandits and Boko Haram insurgents. Preliminary reports of what transpired at the Kaduna train attacks show that there is a kind of collaboration between the bandits and the dislodged Boko Haram terrorists from the Northeast. I can tell you very confidently that the Federal Government is on top of this matter,” he told journalists.

The leadership of the House of Representatives and security committees had last week Tuesday met with security chiefs over the growing insecurity in the country, especially on recent attacks on the Kaduna International Airport and an Abuja-Kaduna train. The meeting, which was held behind closed doors, lasted over four hours.

However, the lawmakers returned to the chamber yesterday to lament the incessant killings and abductions by terrorists. Chairman of the House Committee on Navy, Yusuf Gagdi, moved a motion of urgent public importance titled ‘Terrorist Attacks on Kanam and Wase Communities of Plateau State,’ while Bem Mzondu and John Dyegh moved a separate motion of urgent public importance on killings in Benue State.

Gagdi said: “We were elected by the people to represent them here, with a specific mandate mentioned in the Constitution. It begins to beat my imagination whether that function is really being practised by all the tiers of government. Before we do anything, the first responsibility is the security of life and welfare of the people.”

Gagdi further lamented that the National Assembly has kept appropriating more funds for the security forces, while nobody is held accountable for the growing insecurity in the nation. “There must be someone somewhere that has neglected his responsibility or failed to discharge his duty to the best of his ability,” he stated.

The Chairman of the House Committee on Police Affairs, Bello Kumo, called for the sacking of the Minister of Defence and National Security Adviser. The lawmaker blamed the President for the security situation in the country by refusing to sack both security heads.

Another lawmaker, Linda Ikpeazu, described the country as a failed state, while the Deputy Speaker accused the security agencies of complicity, citing an instance where a soldier was arrested for supplying uniforms to bandits.

Idris Wase, who presided over the day’s legislative business, decried terrorist attacks on the People of Kanam local government of Plateau and neighbouring communities, which killed about 100 people.

Wase recalled that the House had passed a resolution on a similar motion on December 14, 2021, and many other security resolutions in the past and have communicated all the resolutions to government and security agencies, but unfortunately, no action has been taken.