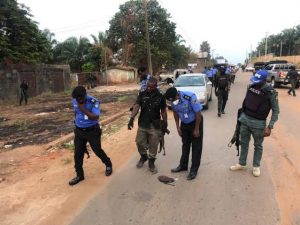 The Police Public Relations Officer, DSP Tochukwu Ikenga, said in Awka that operatives successfully repelled the attackers who came in vehicles in the afternoon. He said that the police and other security agencies were currently there to ensure adequate security and that the situation was under control.

However, a resident of the area who preferred anonymity alleged that they heard heavy gun shots around the area command at about 2.pm on Monday.

“We gathered that the shooting was between suspected unknown gunmen and police at Nnewi Police Area Command and that caused pandemonium amongst the residents of Nnewi community,” he said.

He claimed that by the time reinforcement from a combined team of military personnel arrived, the attackers had left.