A clash between two rival cults has claimed five lives in Bayelsa State.

It was learnt that the incident occurred Monday at Lobia community in Southern Ijaw Local Government. 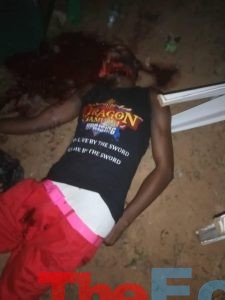 A boy, Amos, was among the victims.

The cults from Ukubie and Azuzuama communities clashed during the remembrance of the late Chief Genesis in Lobia 2 over a yet-to-be-ascertained conflict.

A source, who spoke in confidence, said the little boy from Lobia 1 community, three persons from Ukubie and one person from Azuzuama community died during the shootings.