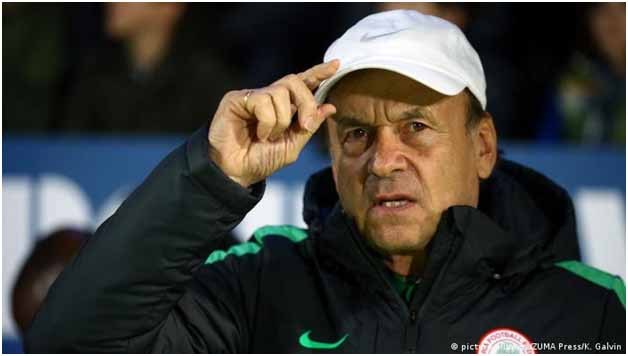 Nigerian fans and former footballers have insisted that Super Eagles head coach, Gernot Rohr, must be sacked by the Nigeria Football Federation following the team’s lacklustre home draw against Cape Verde at the Teslim Balogun Stadium, Lagos on Tuesday.

Despite the Eagles’ qualification for the play-offs next March, fans were left unconvinced by the performance of the team and Rohr’s conservative approach, and once again called for the sack of the Franco-German tactician.

It was a nervy moment across the country as the Eagles played a 1-1 draw to book a place in the final round of the Qatar 2022 World Cup.

The Eagles were pegged backwards towards the end of the final Group C game as Pedro Brito’s men pushed forward in search of the winning goal that could have seen them overtake Nigeria on the table. 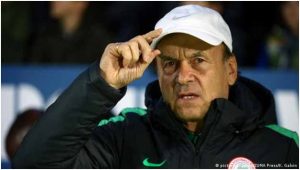 “I do not agree with my fellow Nigerians who are just coming out to say this man (Rohr) should be sacked now because for me, he should have been sacked a long time ago,” Fashanu said.

“For us to get to where we want to get, I don’t think Rohr is the best man for the job because our football is drowning.

“We are talking about one of the smallest countries in Africa compared to the largest country in Africa. We have some of the best players in the world who play for some of the best clubs in Europe. We played at home and we couldn’t get a win, which is very bad.”

Atlanta ‘96 Olympic Games gold medallist, Abiodun Obafemi, added, “This is not the first time we have been saying this and when I say we, I am referring to football-loving Nigerians, Rohr has not added anything to the Eagles since he took over.

“As far as I am concerned, he is one of the worst coaches Nigeria has ever had and I think it is time we moved on because this man doesn’t understand the passion Nigerians have for football.

“We lost the little prestige we had in Africa when Central African Republic came to Lagos and beat us. Now, we couldn’t even pick up a win against Cape Verde.”

A football fan, Jide Babalola, expressed his dismay at the poor performance of the Eagles against the Blue Sharks.

He said, “When I thought I had seen it all with my club Manchester United, I couldn’t believe I had to go through such a mental torture during that game. It got to a point I couldn’t finish the match because I got so scared and my heart was beating so fast.

“I don’t want to die of high blood pressure. I don’t think I want to watch the next game except Rohr is not the man in charge of the game.”

Another fan Deji Adelana added, “I watched the game in a viewing centre and we were all nervous towards the end because a goal from Cape Verde would have ruled us out of the World Cup.

“We were all tensed and immediately people started calling for the sack of the coach and I totally agreed with them. I have said it before and I am saying it again: it’s time for this man who has come to Nigeria to collect a pension to go.”

“I don’t want to talk too much other than to beg the NFF to just sack this man who almost killed millions of Nigerians on Tuesday,” Tope Adekunle said.

Nigeria managed just one win from three at home in the qualifiers as they beat Liberia 2-0, before losing to 115th-ranked Central African Republic and ending with Tuesday’s uninspiring draw against the Cape Verdeans.

The poor home run also brought Rohr’s management and coaching style into the spotlight as he approaches six years in charge of the side.

Lagos fans, known to voice out their frustrations after Eagles poor outings, did not boo the players after the tie on Tuesday, but hailed Napoli striker, the scorer of the only goal, for his man-of-the-match display.

Rohr still has the support of his players, including Osimhen, despite the declining fortunes of the national team.

“What’s important is getting to the next stage of the qualifying, that’s what the target was and I’m proud we could achieve that,” Osimhen told BBC Sport Africa.

The coach also seems to have the backing of his employers NFF, despite a massive backlash by football-crazy fans on social media.

“The World Cup play-off follows in March so what the coach needs is our full support. He will not get the sack,” BBC Sport Africa quoted an unnamed NFF official as saying.