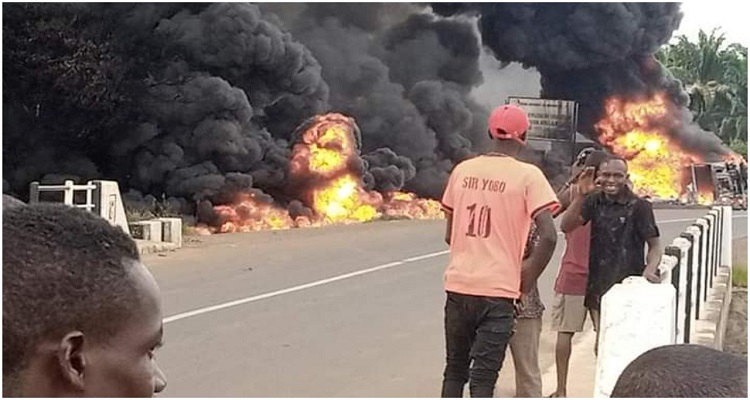 People of Mgboko, Amabokwu and Obie villages in Aku, Igbo-Etiti Council Area of Enugu State were on Saturday thrown into mourning as adulterated kerosene exploded in households, killing two and leaving four others critically injured.
It was gathered that the incident occurred on Friday night and Saturday morning.
Various reports alleged that the kerosene vendors in the area adulterated the product with petrol, leading to explosions in homes where the product was used. 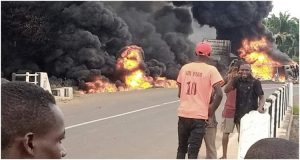 It was gathered that one of the victims, a headmaster, Mr John Nnadi, of Obie Aku, and his mother, Mrs Aneja Nnadi, lost their lives.
It was gathered that other victims who sustained various degrees of injury were identified as Mrs Josephine Ugwueke, Ms Blessing Ugwueke, Mrs Nkechi Aka and one Mrs Chinenyenwa, and had been taken to hospitals. A two-year -old child was also reported to have been badly injured.
The President General of Aku General Assembly, Prof. Godwin Mba, who confirmed the incident, said relevant authorities had been contacted to ensure that those peddling adulterated kerosene in the community are arrested to face the full wrath of the law.
He said, “I have informed all the necessary bodies that are concerned about arresting the culprits, confiscating the remaining unsold kerosene in every depot identified as the source of the adulterated kerosene and visit the affected families.”
Similarly, the National Public Relations Officer of Aku Welfare Association Federated, Ikenna Amadi, condemned the incident which he described as “callous and dastardly.”
The Association, in a statement on Saturday, urged every resident of the community to stop the use of kerosene till further notice.
The statement partly read, “All filling stations and sellers of kerosene operating in Aku and its environs should stop the sale of kerosene until further notice. All persons and families resident in Aku should identify and possibly evacuate all liquid in the nature of kerosene within their reach or homes to nearby bushes, forests or any other safe place. AWAF will take steps to dig into the root of the matter and ensure that the culprits face the music.”
Meanwhile, Enugu State Government has condemned the sale of adulterated kerosene in communities in the state and directed the Department of Petroleum Resources as well as other relevant agencies to investigate and fish out those dealing in the harmful product.
A statement by the state Commissioner for Information, Chidi Aroh, directed the Commissioner for Health, Dr  Ikechukwu Obi, and the ministry’s Permanent Secretary, Dr Ifeanyi Agujiobi, to ensure that those injured were treated free of  charge.
It read in part, “Enugu State Government is deeply saddened by the reports of fatalities and grievous bodily injuries resulting from the sale of adulterated petroleum products in Nsukka and Igbo-Etiti local government areas of the state.
“The chairmen of the affected local government areas have equally been directed to carry out a detailed appraisal of the situation as it concerns their respective council areas and report back to the state government for further action.”