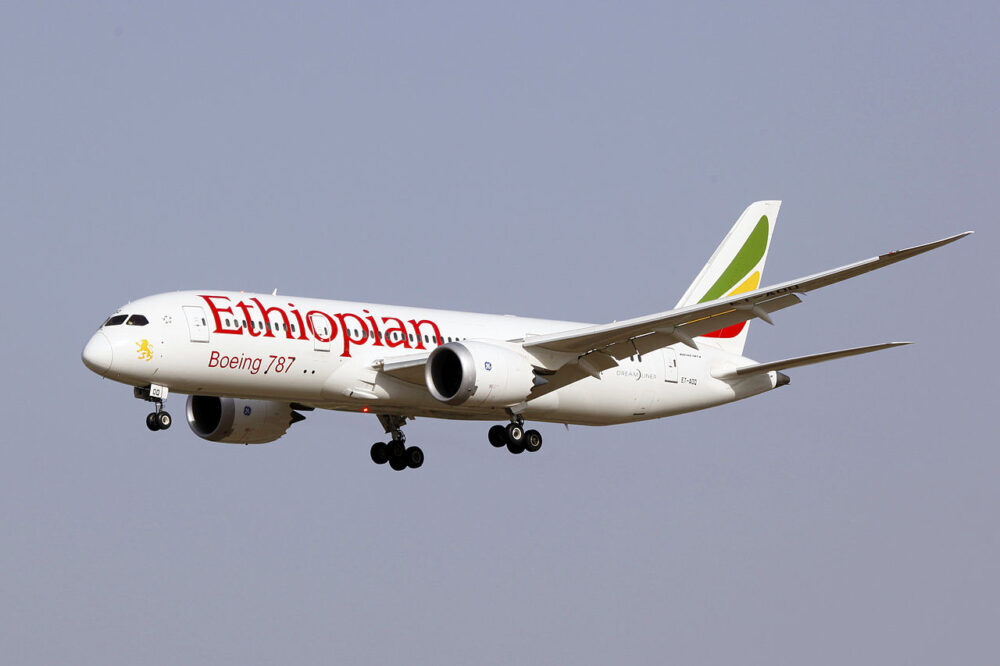 An Ethiopian Airlines Boeing 777 shot off the runway at the Murtala Muhammed International Airport Lagos as the left side wheels found themselves stuck in the mud after landing, requiring staff to shovel the dirt out from the wheels. The plane has since been returned to service after being pulled out.

The Boeing 777-300ER found itself a bit off track following a safe landing but seems to have skid off the taxiway on its way to the terminal. The plane ended slightly off the taxiway, with the left landing gear stuck in the mud next to the tarmac. 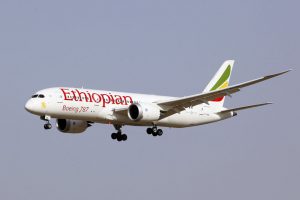 The video of the ensuing confusion and efforts to pull the aircraft out from the mud went viral showing employees working to clear the mud from the wheels and landing gear so the plane can get back to taxiing. It’s unclear if the plane returned to the taxiway on its own or had to be towed instead. However, the plane eventually made it out without any damage.

Ethiopian Airlines later confirmed that the plane had skid off at Lagos but successfully delivered its cargo payload shortly afterward. There seemed to be no damage either, with the aircraft safely flying back to its base in Addis Ababa a few hours later (flight ET3904).

The aircraft involved in yesterday’s incident is one of Ethiopian’s converted 777 freighters. Known as ‘preighters’ or passenger freighters, these aircraft usually feature cargo in the cabin by removing some or all seats. This has become an increasingly popular trend during the pandemic, as cargo demand far outstrips passenger demand.

This particular aircraft is registered ET-ASL, a six-year-old Boeing 777-300ER delivered new to Ethiopian in June 2015 and nicknamed ‘Ngorongoro,’ according to ch-aviation. This jet is one of four of the same type in the airline’s fleet, only some of which are flying passengers as of now.

At the height of the crisis last year, Ethiopian had converted all of its 777-300ERs into preighters. In addition to a passenger fleet, Ethiopian also operates nine 777 freighters. These planes have been crucial to the airline’s COVID strategy, as it looks to maximize cargo revenue during this low point in passenger traffic.

The last year has been challenging for Ethiopian Airlines, which turned 75 years old a few months ago. Despite all the hurdles, the airline has been focusing on two main businesses: repatriation and cargo. The former proved extremely lucrative in the early months of the pandemic, as many found themselves stranded globally. As Africa’s biggest airline, and with a strong network, the airline flew dozens of such flights.

However, a large chunk of business has come from the huge cargo demand over the last year, which even helped the airline avoid a bailout. Ethiopian has been adding new destinations and planes as it looks to continue growing. With passenger traffic also slowly rebounding, expect to see Ethiopian continue to grow post-pandemic.